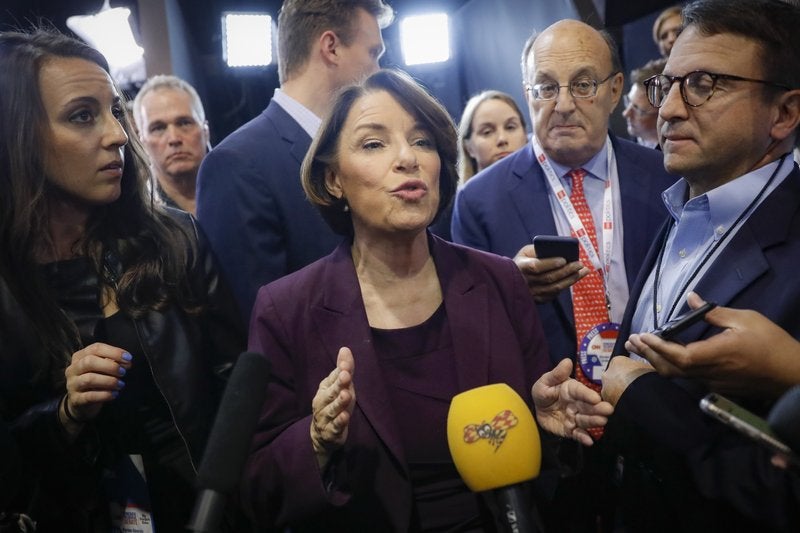 Campaign manager Justin Buoen said late Wednesday the campaign had its best day of online fundraising, surpassing the day she launched her bid in February.

The money is a significant haul for Klobuchar, who raised just under $5 million between July and September. It comes at a critical time, as Klobuchar works to improve her polling numbers to meet requirements to participate in the November debate.