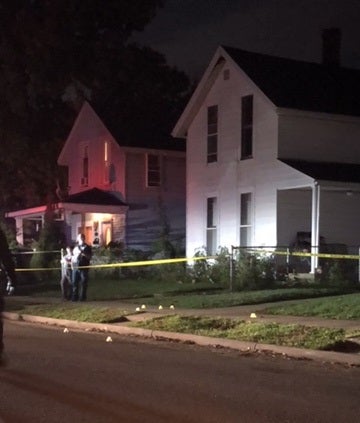 LAFAYETTE, Ind. (WLFI) — A Lafayette man was airlifted to an Indianapolis hospital Sunday after a shooting that police believe involved multiple gunmen.

Police responded to a call of shots fired at around 7:30 p.m. Sgt. Mike Brown with the Lafayette Police Department said a group of people were outside a home when multiple shots rang out.

The man targeted was 45-year-old Reginald Lewis. (Brown could not confirm the spelling of the victim’s name.)

Brown said Lewis was shot multiple times outside his home in the 1000 block of Hartford Street. He said Lewis ran across the street and collapsed.

Lewis was taken by medical helicopter to a hospital in Indianapolis. His condition was not available on Sunday night.

The suspects have not been found. Police also say they don’t believe the suspects are a danger to the public.

Anyone with information should is asked to call Lafayette Police Department at 765-807-1200.