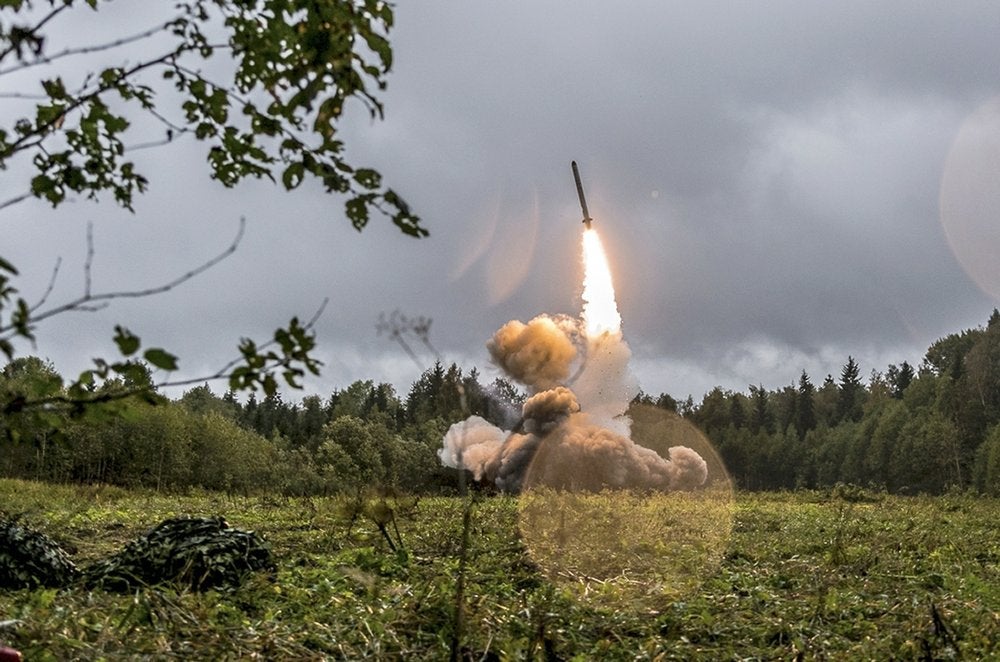 FILE - This undated file photo provided Tuesday, Sept. 19, 2017, by Russian Defense Ministry official web site shows a Russian Iskander-K missile launched during a military exercise at a training ground at the Luzhsky Range, near St. Petersburg, Russia. A landmark arms control treaty that President Ronald Reagan and Soviet leader Mikhail Gorbachev signed three decades ago is dead. The U.S. and Russia both walked away from the deal on Friday, Aug. 2, 2019. (Russian Defense Ministry Press Service via AP/File)
by:
Posted: Aug 2, 2019 / 05:15 AM EST / Updated: Aug 2, 2019 / 05:15 AM EST

The United States and Russia both walked away from the Intermediate-range Nuclear Forces treaty on Friday. If they choose not to extend or replace the larger New START treaty when it expires in early 2021, there will be no legally binding limits on the world’s two largest nuclear arsenals for the first time in nearly a half century.

The U.S. blames Russia for the demise of the treaty, saying that for years Moscow has been developing and fielding weapons that violate the treaty and threaten the U.S. and its allies, particularly in Europe.

But without the constraints of the treaty, the Trump administration says it can now counter Russia — and China. The U.S. has complained for years of an unfair playing field — that Russia was developing weapons that violated the treaty and China, which wasn’t a signatory, was developing similar weapons that would have violated it, too.

President Donald Trump hasn’t committed to extending or replacing New START, which imposed limits starting in 2018 on the number of U.S. and Russian long-range nuclear warheads and launchers. Trump has called New START “just another bad deal” made by the Obama administration, and Trump’s national security adviser, John Bolton, said in June that it’s unlikely the administration will agree to extend the treaty for five years, which could be done without legislative action in either capital.

The Trump administration thinks talks about extending New START are premature. The administration claims that with China’s growing arsenal of nuclear warheads, Beijing can no longer be excluded from nuclear arms control agreements. Trump has expressed a desire to negotiate a trilateral arms control deal signed by the U.S., Russia and China.

“We invited the U.S. and other NATO countries to assess the possibility of declaring the same moratorium on deploying intermediate-range and shorter-range equipment as we have, the same moratorium Vladimir Putin declared, saying that Russia will refrain from deploying these systems when we acquire them unless the American equipment is deployed in certain regions,” he said in an interview with state news agency Tass.

German Foreign Minister Heiko Maas said this week that the collapse of the treaty means a bit of security in Europe is being lost.

“We regret the fact that Russia has not done what was necessary to save the INF treaty. Now we call all the more on Russia and the U.S. to preserve the New START treaty as a cornerstone of worldwide arms control,” Maas said. “Nuclear powers such as China must also face up to their responsibility on arms control — they have more weight in the world than at the time of the Cold War.”

Laura Kennedy, who formerly represented the U.S. at the Conference on Disarmament in Geneva, warned Americans not to let their eyes glaze over when confronted with the complex diplomacy of arms control. She said they should raise the issue now with Congress and all candidates running for the White House in 2020.

“This isn’t ‘wonkiness.’ It’s our future and the future of the planet,” Kennedy said. “Nuclear issues are so consequential that we simply cannot abandon a serious arms control effort. Nor can the U.S. afford to cite its concerns over INF or other issues as an excuse to let the New START treaty lapse.”

Over its lifetime, the 1987 so-called INF treaty led to the elimination of 2,692 U.S. and Soviet Union nuclear and conventional ground-launched ballistic and cruise missiles. Until its demise, the treaty banned land-based missiles with a range between 500 and 5,500 kilometers (310 to 3,410 miles).

David Wright, co-director of the Global Security Program at the Union of Concerned Scientists, said withdrawing from the treaty was “shortsighted.” He said it will trigger a competition in conventionally armed missiles that will undermine stability.

Wright also noted Russia’s has complained about U.S. missile systems in Poland and Romania. Wright said they are intended to launch interceptor missiles in defense, but appear to be capable of launching offensive cruise missiles as well.

“To claim the United States is justified in pulling out of the treaty because of Russian violations does not take the full picture into account,” said Wright, who accuses the Trump administration of being averse to any negotiated agreements that constrain U.S. weapons systems.

Former national intelligence director Dan Coats, however, told Congress late last year that intelligence officials believed it was Russia that no longer wanted to be constrained by the INF treaty as it modernized its military with precision-strike missiles ostensibly designed to target critical military and economic sites in Europe. He said the U.S. thought Russia’s objective all along was to keep the U.S. tethered to the deal while it quietly built and deployed missiles that violated the treaty and threatened Europe.

U.S. officials first raised its concerns that Russia was violating the treaty during the Obama administration and said Moscow spent six years rebuffing U.S. efforts to prod it back into compliance. In February, Trump determined that Moscow was in material breach of the treaty and the U.S. suspended its own obligations under the treaty. That started a six-month clock to get Russia back into compliance — time that ran out on Friday. 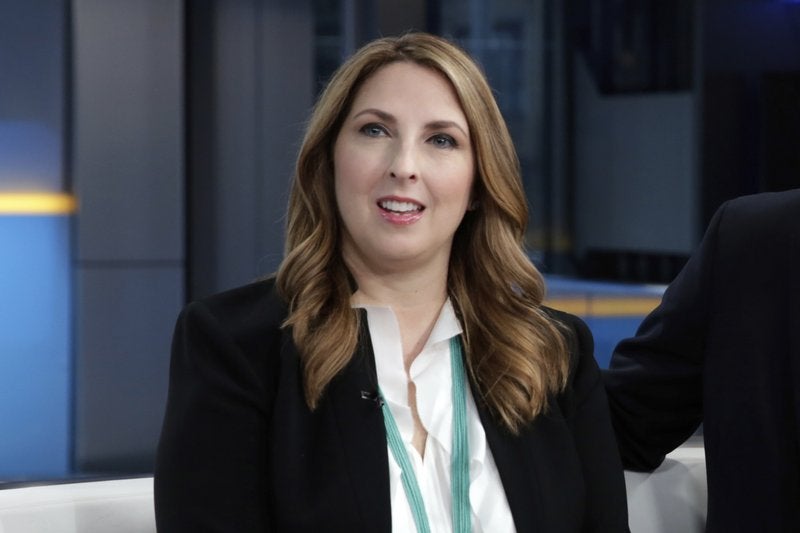