BioCrossroads honors the ‘Father of Echocardiography’ 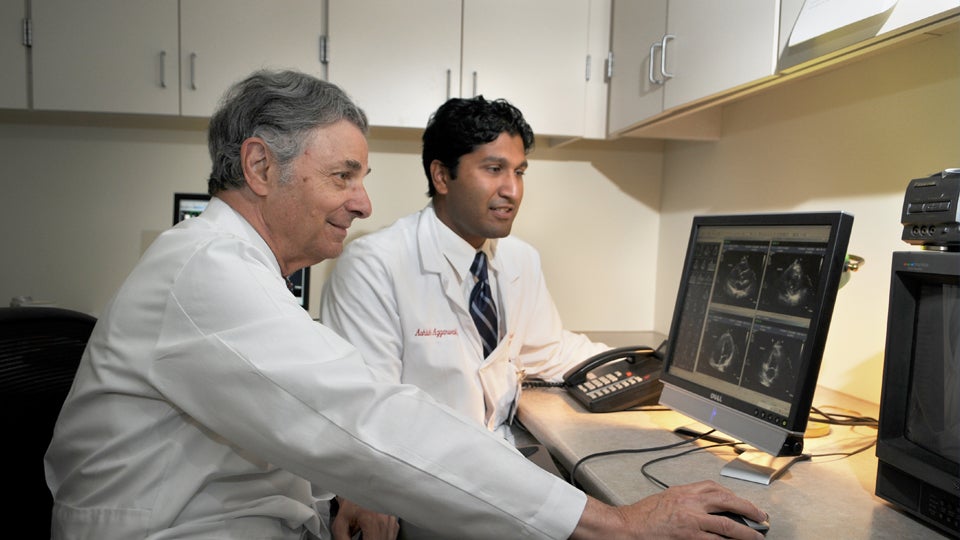 INDIANAPOLIS (Inside INdiana Business) — An Indiana-born scientist who is credited for his pioneering efforts in echocardiography has been awarded the 2020 August M. Watanabe Life Sciences Champion of the Year Award from BioCrossroads.

Dr. Harvey Feigenbaum is often referred to as the “Father of Echocardiography” for developing the most widely used cardiac imaging technique in the world.

Feigenbaum is a Distinguished Professor at the IU School of Medicine.

In presenting the award, BioCrossroads says his contributions to and influence on Indiana’s life sciences are numerous and include his research, medical practice, and teaching.

The organization says Feigenbaum faced a lot of skepticism during his 50 years of research and use of the “echo.”

“Dr. Feigenbaum’s contribution to life sciences can’t be overstated,” said Patty Martin, president and chief executive officer, BioCrossroads. “Tens of millions of echocardiograms are performed around the world every year. They are central to the assessment and management of cardiac disease and have saved millions of lives. Indiana’s life sciences sector is proud to have such an influential scientist and leader as part of our community.”

The honor is named in tribute to BioCrossroads’ late Chairman August Watanabe. The annual award recognizes an individual or organization that has had an impact on Indiana’s life sciences sector and the advancement of healthcare research.

“I am quite moved to receive this award named for Gus Watanabe, who was a great leader and scientist at the IU School of Medicine and at Eli Lilly and Company,” said Dr. Feigenbaum. “Through the years, he was both my student and my supervisor, and always a good friend. I am very honored to be in the company of the past award winners who have had significant impact on the state of Indiana and beyond.”

On this weekend’s edition of Inside INdiana Business with Gerry Dick, Business of Health reporter Kylie Veleta discusses his career and achievements with Dr. Feigenbaum.