Trump administration expected to loosen restrictions on use of landmines 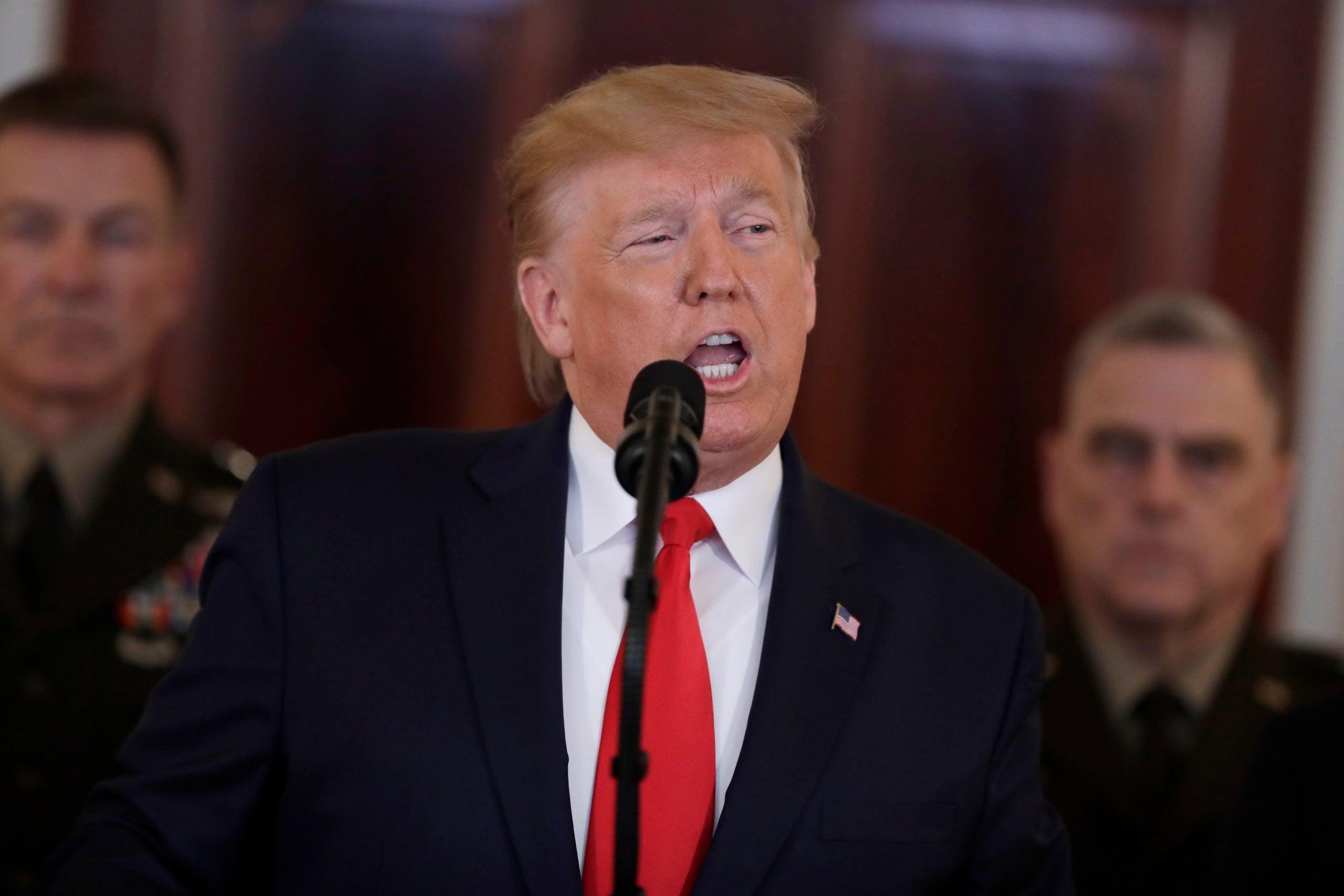 (CNN) — The Trump administration is expected to loosen restrictions on the US military’s ability to use landmines in the coming days, weapons that have been banned by more than 160 countries due to their history of killing and wounding civilians, multiple Defense Department officials tell CNN.

The move represents a major reversal from the approach of the Obama administration which in 2014 committed the US to largely adhering to the 1997 Ottawa Convention, the international agreement which banned the use, stockpiling, production and transfer of anti-personnel landmines. The Obama policy committed to replacing landmines in the US stockpile after they expire and directed the destruction of stockpiles not required for the defense of South Korea.

In an exception to the Ottawa convention, the Obama policy allowed the US military to continue to use landmines on the Korean Peninsula where some 28,000 US troops are stationed across the de-militarized zone from North Korea’s military of one million troops. That exception was criticized by some non-government organizations.

President Donald Trump is expected to rescind Obama’s 2014 order in the coming days, delegating landmine policy to the secretary of defense, thereby bringing it in line with weapons policies other than nuclear weapons.

The change was recommended following a Pentagon review. The Defense Department did not immediately provide comment on the new proposed policy.

Decision is the result of a Pentagon review

Pentagon officials tell CNN the Trump administration’s decision came about following a review launched in 2017 by then-Secretary of Defense Jim Mattis, which found that the previous prohibition on landmines outside of Korea “increased risk to mission success” and could increase the chances of US personnel suffering casualties.

Many of the civilian deaths caused by landmines have taken place years after the end of the conflict in which the weapons were first employed. Their widespread use, particularly in several Africa-based conflicts, helped drive a global movement calling for the removal and banning of landmines during the 1990s.

The Clinton Administration ordered the clearing of the US military’s last minefield during the late 1990s, clearing the landmines that had been placed around the US Naval Base in Guantanamo Bay, Cuba, to defend that installation against Communist Cuban troops.

The Ottawa Convention, also known as the Anti-Personnel Mine Ban Convention, states that the treaty’s signatories were “determined to put an end to the suffering and casualties caused by anti-personnel mines, that kill or maim hundreds of people every week, mostly innocent and defenseless civilians and especially children, obstruct economic development and reconstruction, inhibit the repatriation of refugees and internally displaced persons and have other severe consequences for years after emplacement.”

From 1999-2018 the Landmine Monitor, a non-government organization, says that more than 130,000 casualties have been caused by landmines with the majority of those killed being civilians.

The US government has long recognized the negative impact of unexploded munitions including landmines, spending roughly $3.6 billion since 1993 to help dispose of excess weapons and munitions as well as clear landmines and explosive remnants of war from some 100 countries.

Those efforts which involve funding the operations of non-government organizations have cleared tens of thousands of landmines from countries all over the world.

State Department officials say these de-mining efforts have helped over a dozen countries to declare themselves mine-free.

“Landmines and explosive remnants of war, including cluster munition remnants, artillery shells, and mortars, continue to kill and maim people even after conflicts end,” a 2019 State Department report said.

Pentagon officials tell CNN that under the new Trump administration policy that is expected to be introduced the authority to use landmines in combat will now sit with the commanders of the US military’s combatant commands, usually a four-star general or admiral, such as the commanders of US Africa Command and US Central Command which oversee operations on the African continent and the Middle East respectively.

Defense officials argue that landmines can play an important role in defending US forces from both enemy armored vehicle and ground forces, helping to ensure US forces are not outflanked or overrun during an attack and can help influence the enemy’s direction of movement in a manner to give US troops the advantage.

One of the drivers of the change in policy is greater concern about the prospect of a major conflict with a “great power” adversary like Russia or China where denying conventional enemy forces access to critical terrain would be seen as a more urgent need than it has been in recent years where the US has focused on counterterrorism and counterinsurgency operations. Moscow and Beijing are not parties to the treaty.

The Pentagon has said that the number of landmines currently in the US military’s inventory is classified.