Nets back into 8th, beat Pacers for fourth straight win 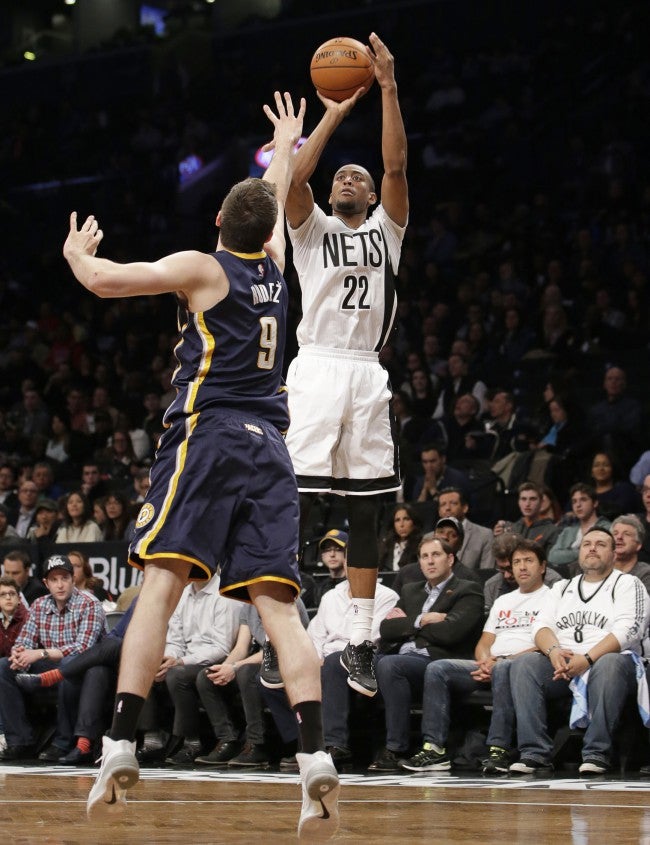 NEW YORK (AP) – Brook Lopez had 24 points and 11 rebounds, and the Brooklyn Nets reclaimed sole possession of eighth place in the Eastern Conference by beating the Indiana Pacers 111-106 on Tuesday night for their season-high fourth straight victory.

The Nets moved back ahead of Boston and dealt a blow to the Pacers, who fell 1 1/2 games behind Brooklyn. They will visit the Celtics on Wednesday.

Joe Johnson added 21 points, including five straight after the Pacers got within three with about 2 minutes left. Alan Anderson scored 20.

Brooklyn won for the sixth time in seven games and claimed the tiebreaker with Indiana by winning the season series.

George Hill scored 28 points for the Pacers, who lost for the eighth time in 10 games.

It was a disappointing start to a crucial week for the Pacers, who also are home for games against Charlotte and Miami on Friday and Sunday. Coach Frank Vogel compared it to the NCAA Tournament, saying that “if you win, you knock off a team, and if you lose, you go home.”

The Pacers aren’t going home yet, but the Nets made it tougher for them to go to the playoffs.

The Nets picked up right where they left off in their 123-111 victory at Indiana on March 21, when their 61.3 percent shooting was the highest the Pacers have ever allowed at home.

Brooklyn raced to a 33-15 lead after one and was ahead by 19 early in the second before the Pacers turned it around behind their reserves, who scored all but three of Indiana’s 39 points in the period. The Pacers briefly took the lead in the closing minutes before the Nets carried a 57-54 advantage into the locker room.

The Nets rebuilt the lead to 97-85 midway through the fourth after consecutive baskets by Thaddeus Young, who returned after missing two games with a strained left knee. Indiana trimmed it to 103-100 with 2:11 remaining, overcoming a technical foul by Vogel, but Johnson nailed a jumper and then a 3-pointer.

Pacers: Paul George presented Nets physician Dr. Riley Williams with a USA jersey before the game in appreciation for his care last summer. Williams is also USA Basketball’s team physician and treated George after he broke his right leg in an exhibition game in Las Vegas. … C.J. Watson and Damjan Rudez each shot 4 for 4 and scored 10 points in the second quarter.