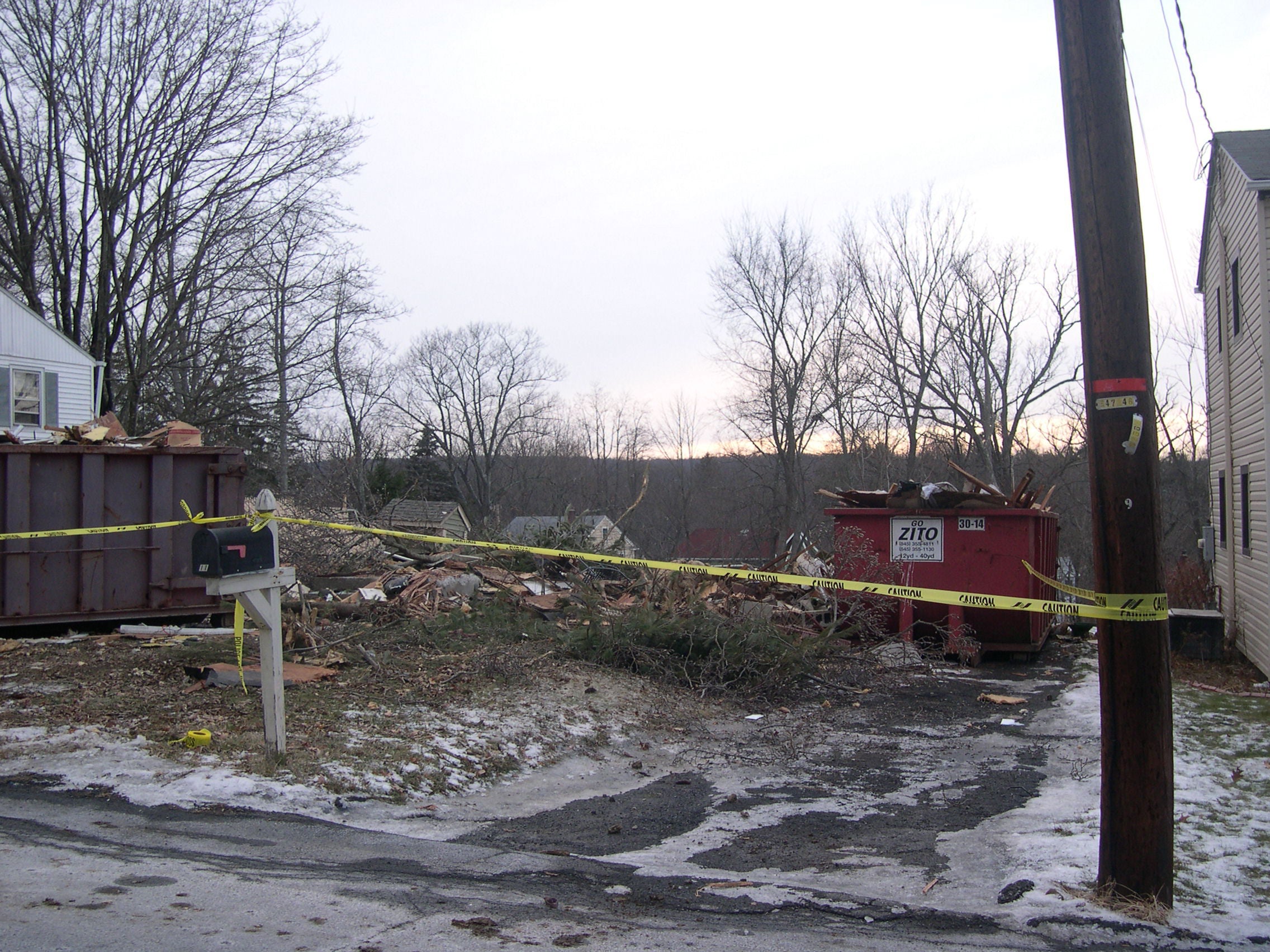 MIDDLETOWN, N.Y. (AP) – Police say a New York man demolished his upstate home without telling his wife he planned to tear it down.

The Middletown Police Department says that when officers arrived Monday at the property owned by 48-year-old James Rhein’s wife they found him using an excavator to knock down the house. Officers say he didn’t remove any household items, such as furniture, food and belongings. Instead, he dumped everything into large construction debris bins.

Police say Rhein didn’t call local utility companies to cancel gas, electric and water services, which were cut off by crews after officers alerted them.

Rhein told police he was demolishing the house because it had a bad foundation.

He was charged with criminal mischief and was released on bail. Police didn’t know if he had a lawyer.