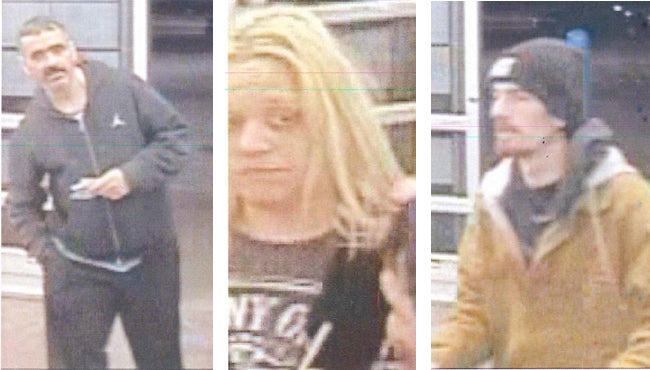 CAMBY, Ind. (WISH) – Police in Hendricks County have released surveillance images of three people they believe are involved in a series of thefts from the Walmart in Camby.

Officers have responded to the store on the report of a man stealing electronics. Police say the thefts have occurred at least four times since Jan. 13.

According to investigators, the male suspect in the case has been seen in a black Dodge Dakota pickup truck, which has the driver’s side hubcap missing.

Police say this suspect has been accompanied by a man and woman at separate times.

Anyone with information on any of these individuals in asked to contact the Hendricks County Sheriff’s Office Investigations Division at 317-745-9354.