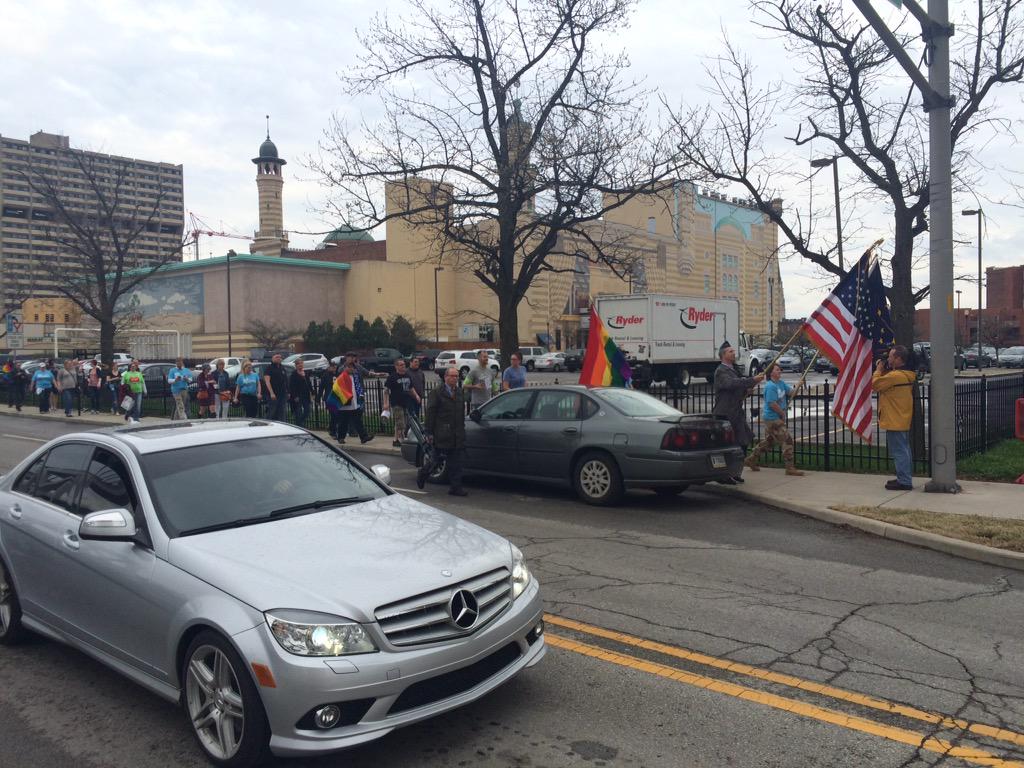 INDIANAPOLIS (WISH) — “Hoosier Hospitality is alive and well” was the message behind a rally in downtown Indianapolis Monday afternoon.

The march and rally had roots in the anti-RFRA movement., but the businesses represented want to look forward and dispel any negative feelings about Indianapolis.

Indy residents wore their hearts on their shirts Monday, trying to send their message loud and clear that they “proudly serve everyone.”

They marched from Mass Ave. to a business-based rally downtown at the American Legion mall.

“There’s a lot more of us who are pro-everyone versus anti-anyone,” Real Estate Agent Gavin Frost said.

During the Religious Freedom Act fallout., he started getting concerned about property values and long term effects from a business perspective.

“When you get to the bigger names like Delta Faucet and NASCAR and NCAA being upset all of a sudden you start to worry because that brings a lot of people into Indy,” he said.

Since the law “fix” went into effect, many of those businesses have taken back their issues with Indiana.

But Frost showed up to the #IAMHoosierHospitality rally because he feels there’s still a rift that needs mending.

“We’re more concerned just about down the line we want to make sure that everyone knows that Hoosiers are happy people and it’s a happy place to be and make sure they come around,” he said.

Another local business owner, Amy Watt, was one of the first to put up anti-RFRA signage in her flower store window.

“It’s just been crazy,” she said, “We put up the ‘We Serve Everybody’ sign in our shop and it’s just been seen all over the world.”

She wants to keep the conversation going. She feels this movement can help put a positive light on Indiana. That’s why she said she will keep attending events like this.

“We’re just here to keep a fire under what’s happened in the state this last month,” she said.

National legislators are expected to introduce an anti-discrimination resolution this week, in response to RFRA.

At Monday’s event the organizing group “We Never Serve Hate” wanted to stay away from talking about any specific legislation.

They’re trying to move forward by changing their slogan to I Am Hoosier Hospitality.