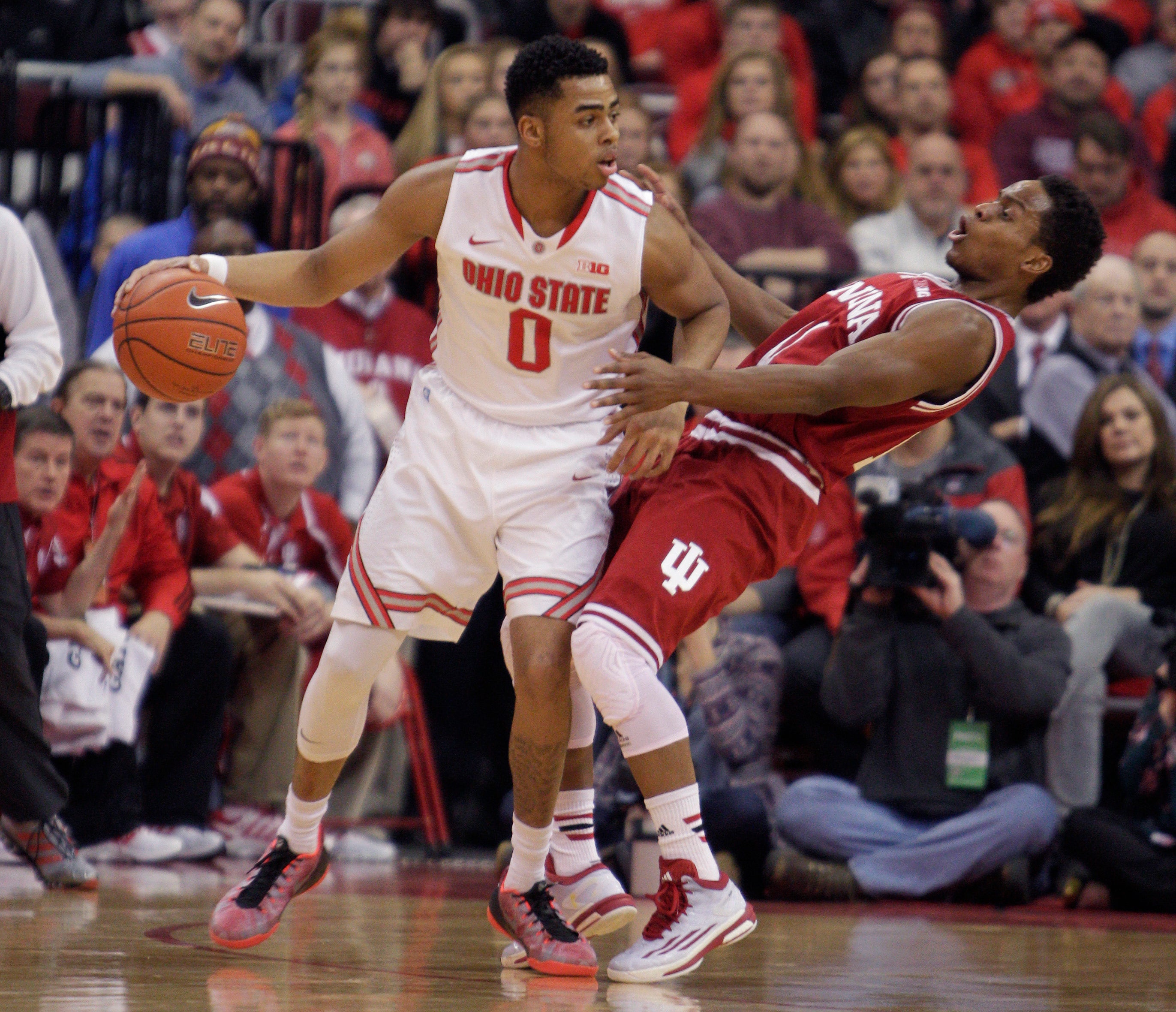 COLUMBUS, Ohio (AP) – After a tough win Thursday at Northwestern, Thad Matta was hesitant to say that Ohio State might be hitting its stride.

Sunday afternoon, Matta was willing to grant that things are trending in that direction. Freshman D’Angelo Russell scored 22 points and added 10 assists for his second double-double of the season and the Buckeyes (16-5, 5-3 Big Ten) knocked off No. 23 Indiana 82-70 in front of 17,322 fans at Value City Arena for their first winning streak in conference play.

“Let’s see what we can do from here,” he said. “Today was a step in the right direction.”

The Hoosiers (15-5, 5-2) hit their first eight shots of the game but committed 15 turnovers as their four-game winning streak was snapped despite 26 points from junior guard Kevin “Yogi” Ferrell.

The Buckeyes weathered the early storm and pushed their lead as high as 10 points in the first half and it was Russell who quelled the final Hoosier threat. After a Ferrell jumper made it 56-50 with 10:26 remaining in the game, Russell knocked down a pair of 3-pointers while battling leg cramps to double Ohio State’s lead with 8:58 remaining. Indiana would get no closer than within seven points for the remainder of the game.

“I guess they forgot about me because I was letting the game come to me,” said Russell, who came out with 2:42 remaining. “I felt the cramps coming in so I had to be careful.”

Freshman Jae’Sean Tate scored a career-high 20 points, sophomore Marc Loving added 12 and senior Shannon Scott had 10 while being praised by Indiana coach Tom Crean, who predicted he will “play in the NBA for a very long time.”

Ohio State finished with 26 points off of Indiana turnovers. The 15 giveaways by the Hoosiers were their third-highest total of the season and tied for their most in conference play. Eleven of them came during the first half and five during a 10-0 Buckeye run that put them ahead for good at 25-19.

For the second straight game, Matta replaced senior center Amir Williams with Anthony Lee and Loving with Tate in his starting lineup. Indiana entered the game averaging 11.1 turnovers per game — the second-lowest mark in the Big Ten — while Ohio State’s average of 16.6 forced turnovers a game was second-best.

Ohio State turned those 15 turnovers into 26 points in their most-prolific conference game this season. Troy Williams has five turnovers as each Indiana starter committed at least one.

“A couple times (it was) us reverting to freshman mistakes,” Crean said. “We have plays and things of that nature but it’s more about our spacing and concepts right now. We didn’t do a very good job of executing random scoring cuts, hard rolls after a screen. We weren’t nearly as sharp and then we weren’t as good with the basketball.”

The Buckeyes won consecutive games for the first time since wins against in-state foes Miami and Wright State on Dec. 22 and 27, respectively. The win was Ohio State’s first against a ranked opponent since a 69-67 win March 9, 2014 against Michigan State, snapping a four-game losing streak.

QUOTE OF THE GAME: Scott, on Indiana’s hot start: “For some reason everybody starts out hot on us. They’re never missing shots. We did a great job of not getting frustrated about that. If a team shoots 100 percent on us, we’re going to lose.”

LOUDEST CHEER: After Indiana cut it to 56-60 with 10:26 remaining, D’Angelo Russell hit a pair of 3-pointers to push the Ohio State lead back to double digits. His second, with 8:58 remaining, had even those in the upper bowl screaming.

Indiana: The Hoosiers entered the AP top 25 this week for the first time since the conclusion of the 2012-13 season. They beat No. 13 Maryland on Thursday, 89-70, at Assembly Hall and trailed Wisconsin by a half-game atop the Big Ten standings before today’s loss.

Ohio State: Freshman guard D’Angelo Russell entered the game having scored 81 of Ohio State’s 207 points during its last three games, good for 39.1 percent. He had 13 of the Buckeyes’ first 19 points and finished with a team-high 22.

Indiana: The Hoosiers will remain on the road and face Purdue on Jan. 28 before returning home to host Rutgers on Jan. 31. Indiana is now 2-1 in road conference games.

Ohio State: The Buckeyes host Maryland on Jan. 29 and follow that up with consecutive road games against Purdue on Feb. 4 and Rutgers on Feb. 8. 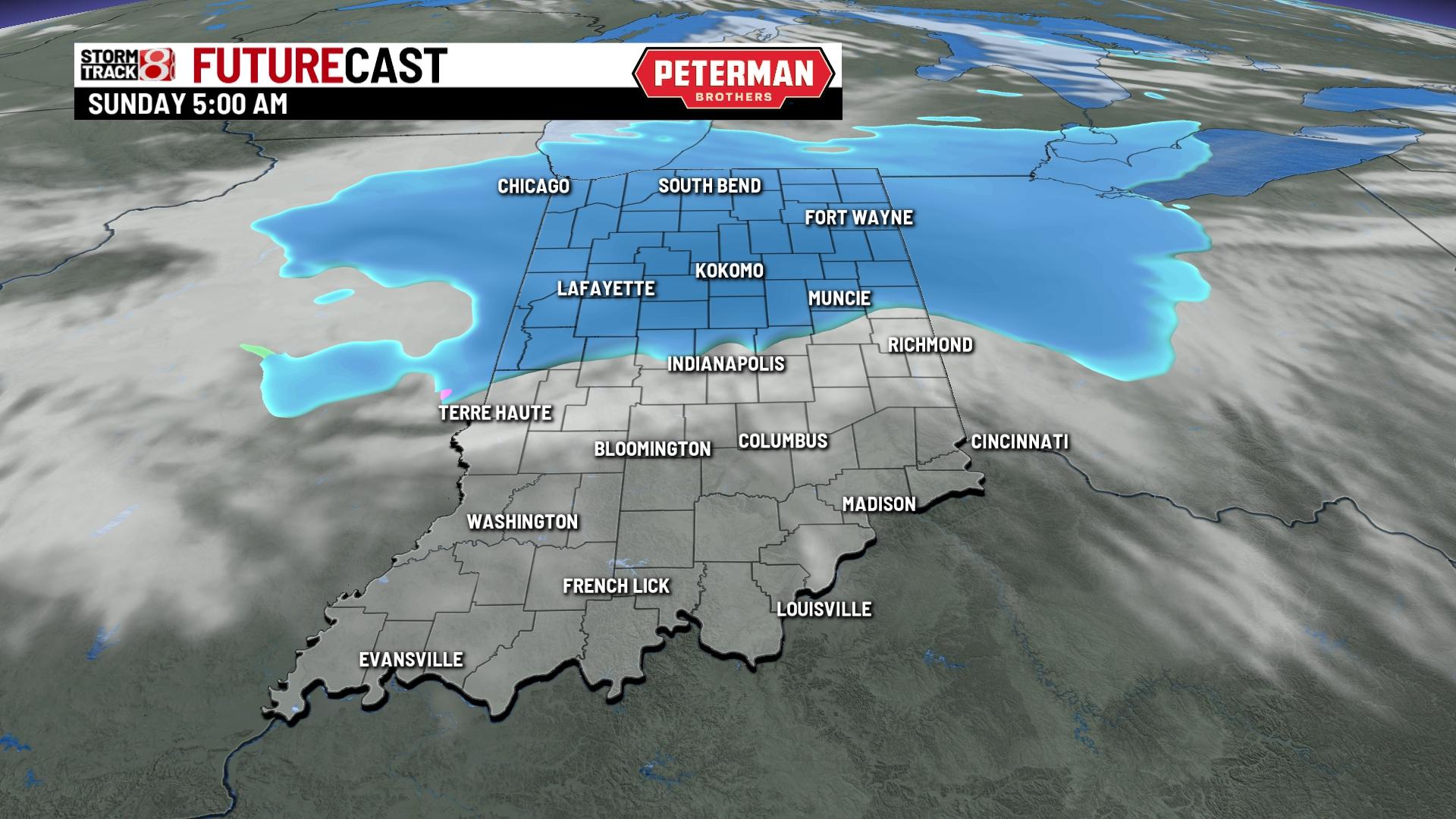