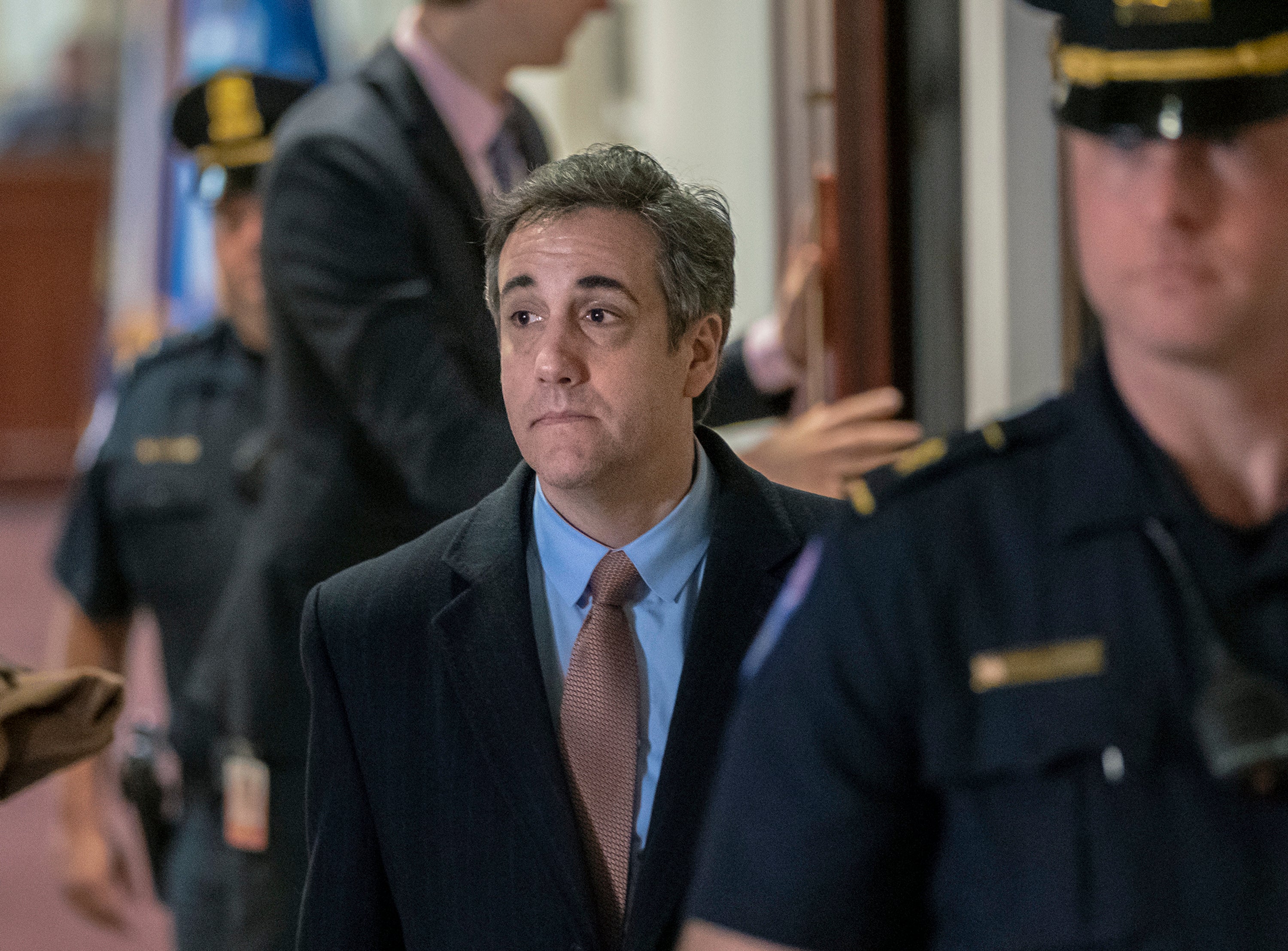 WASHINGTON (AP) — Months before the FBI raided Michael Cohen’s office and hotel room, investigators were examining the flow of foreign money into his bank accounts and looking into whether the funds might be connected to a plan to lift sanctions on Russia, according to court filings unsealed Wednesday.

The five search warrant applications, made in the early weeks and months of special counsel Robert Mueller’s Russia investigation in 2017, were made public in response to requests from The Associated Press and other media organizations.

Ultimately, Cohen was not charged by Mueller or by prosecutors in New York with anything related to Russian collusion or illegal influence peddling, but the documents shed further light on how he capitalized financially on his closeness to the president immediately following the 2016 election.

Cohen, who at the time was the president’s personal lawyer and a close aide and confidant, quickly cut deals to act as a highly paid consultant to several foreign and domestic companies with business interests linked to federal government decisions.

Investigators said in the warrant applications that a corporate entity Cohen had created, Essential Consultants LLC, had received multiple deposits from foreign businesses and entities, including from companies they said had “significant ties to foreign governments or are entities controlled by foreign governments.”

Essential Consultants received funds from U.S. and foreign corporations who appear to have approached Cohen “in connection with political objectives in the Trump administration,” investigators wrote.

Investigators were especially curious about deposits of more than $416,000 from an account linked to an investment management firm, Columbus Nova, LLC. The warrants link that firm, and the holding company that controls it, to Viktor Vekselberg, a Russian oligarch with ties to Russian President Vladimir Putin.

Columbus Nova has said in a statement that it is solely owned and controlled by Americans. It has described as false any allegation that Vekselberg used Columbus Nova as a conduit for payments to Cohen.

The warrant applications also make clear that investigators at the time were examining whether any of the fund transfers were connected to Cohen’s involvement in a plan, described months earlier in a New York Times story, to try to get the U.S. to lift sanctions on Russia.

Cohen has acknowledged offering his insights into Trump’s administration to multiple corporate clients, but said he broke no laws in doing so. Representatives for Cohen, who began serving a three-year prison sentence this month, declined to comment Wednesday.

The newly unsealed material reveals nothing about Trump’s own role in the crimes that put Cohen behind bars.

The warrant applications, which covered requests to search Cohen’s email accounts, including one associated with the Trump Organization, were blacked out in certain sections to protect the secrecy of an ongoing federal investigation into Cohen’s campaign finance crimes.

Cohen has said he arranged payments to McDougal and Daniels at Trump’s behest, which the president has denied along with the affairs.