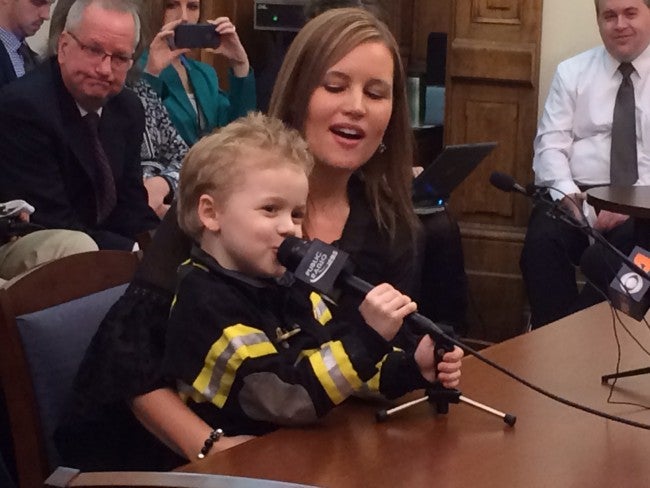 INDIANAPOLIS (WISH) – A bill that would give hope to terminally ill Hoosiers is a step closer to becoming law.

The “right to try” bill would permit a terminally ill patient to take drugs that are not-yet-approved by the Food and Drug Administration under certain conditions.

5-year old Jordan McLinn is the poster child for the bill. He appeared before a state Senate committee almost two weeks ago along with his mother Laura.

They explained how Jordan has a rare form of Muscular Dystrophy, and while 2 companies are working on drugs that might be effective for him, they are not yet approved by the FDA.

Author Ed Charbonneau told the state Senate Tuesday that patients including Jordan should be able to take investigational drugs if they have passed Phase One of the FDA approval process.

“If the treating physician determines three things,” said Sen. Charbonneau (R-Valparaiso,) “One: the drug poses no risk of danger. Two: the individual has a terminal disease with no comparable treatment options. And three: risk to the individual is no greater than the probable risk from the individual’s disease or condition.”

The Senate voted unanimously to approve the bill.

Because the bill was amended in a Senate committee, however, the House must approve that change before the bill heads to the governor.