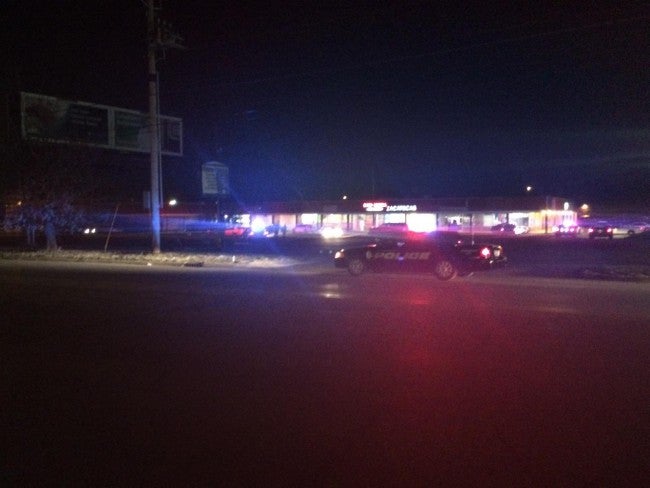 INDIANAPOLIS (WISH) – Two suspects were shot and an Indianapolis Metropolitan Police Department officer was hurt in what police say was an intense gunfight on the city’s northwest side Sunday night.

It happened shortly before 10 p.m. after police received a call about a robbery in progress at the Family Dollar, located at 5400 West 34th Street.

When officers arrived, they saw two armed individuals wearing masks escorting employees at gunpoint. Officers say the suspects moved toward the exit and tried to run away.

As the two exited the store, police told the suspects to drop their weapons. According to officials, one man raised his arm and pointed a gun at police.

It was then police say officers responded with gunfire. Officials with IMPD say the intense gunfight involving three officers and two suspects quickly ended after the suspects were struck.

“When you point a firearm at an employee, who is working in the store, we have a problem. So, officers did exceedingly above anything that we (IMPD) would want. And I am glad that no one else was hurt here this evening. Because it could have been a different situation here easily,” said IMPD Officer Christopher Wilburn.

The involved officers will be placed on administrative leave, which is standard procedure in any officer involved shooting investigation.