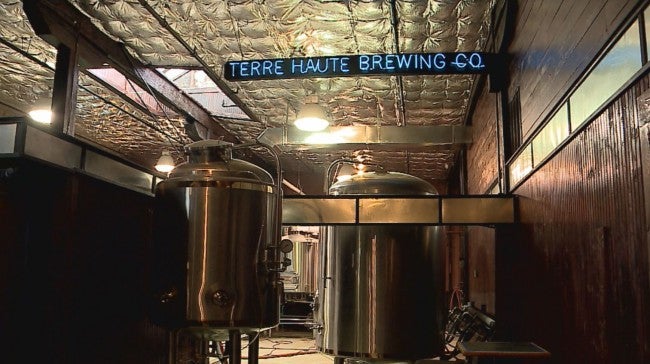 Terre Haute Brewing Company first opened in 1837 and stayed in production for over 100 years.

Production stopped during Prohibition but picked up again before closing its doors for good in 1959.

Now a group of a beer lovers are bringing the brewery back to its roots, and expanding on them.

The location at Swan and South 9th Streets has been dry for 57 years.

Hock and his business partners bought the 12,000 square foot building back in June 2015, and everyday since they’ve been restoring it back to its glory days. Back in the late 1800s it was the 7th largest brewery in the country and had 900 employees.

“It was my imagination. I walked in, it was a mess in here and it really took a lot of vision to see what we’re going to do,” said Hock.

The restoration is coming at a time when competition has never been higher. There are over 120 craft breweries in Indiana, nearly half of them going into production within the last few years.

“Even though there are more craft breweries in Indiana than there ever have been there’s still room for growth,” said Tristan Schmid, the Communications Director for Brewers of Indiana Guild.

The Guild’s main focus is getting Indiana beer into the hands and mouths of Hoosiers.

“It’s really overall a very exciting time to be a fan and a producer of craft beer in Indiana,” said Schmid.

“It can be a lot to discover new breweries on your own, so you can find turn by turn directions to breweries, you can get news on the latest breweries opening, you can get breweries house specials, growler fill offers there’s all kinds of things in the app,” said Schmid.

And despite the influx of craft breweries, the Guild says they aren’t maxed out, yet.

“At the end of the day I think there’s room for everyone if the beer is quality,” said Rob Caputo, the executive director of the Guild. “It’s going to come down to who’s got a consistent business plan and a consistent quality plan from a beer perspective.”

And with history on their side, at Terre Haute Brewing, their plan involves getting back to the basics.

“Our goal is kind of to just keep people happy. Feed them and give them good beer.

The one beer you won’t see at Terre Haute is Champagne Velvet. The signature beer was picked up by Upland Brewery when Terre Haute Brewing closed.

The owners are planning a mid-April opening.