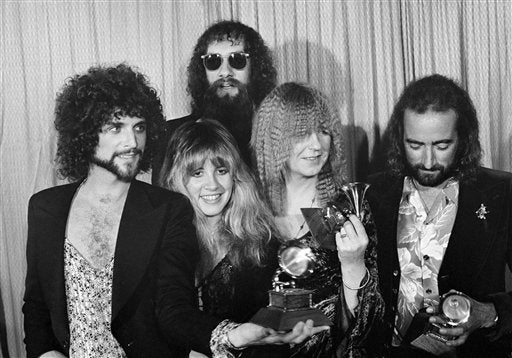 In 1965, Stan Laurel of the Laurel and Hardy comedy team died in Santa Monica, California. He was 74.

In 1970, Canada’s music awards, the Junos, were presented for the first time. The Guess Who won for best group that year.

In 1978, at the 20th annual Grammy Awards, The Eagles won Record of the Year for “Hotel California.” ”Rumours” by Fleetwood Mac won the Album of the Year award. Debby Boone was named best new artist.

In 1979, Dire Straits began its first tour of North America.

In 1983, the band Toto won six Grammy Awards, including Album of the Year for “Toto IV.”

In 1988, Michael Jackson kicked off his first solo U.S. tour in Kansas City.

In 1993, actor Anthony Hopkins was knighted by Queen Elizabeth at Buckingham Palace.

In 1994, a judge in Los Angeles dismissed a suit brought by Martha Raye against Bette Midler. Raye had said Midler stole her life story for the movie “For the Boys.”

In 1995, singer Melvin Franklin of The Temptations died of complications following a brain seizure in Los Angeles. He was 53.

In 2003, Norah Jones won five Grammys, one for every category in which she was nominated, including album of the year. The Grammys show opened with Simon and Garfunkel, the first time they had performed together in a decade.