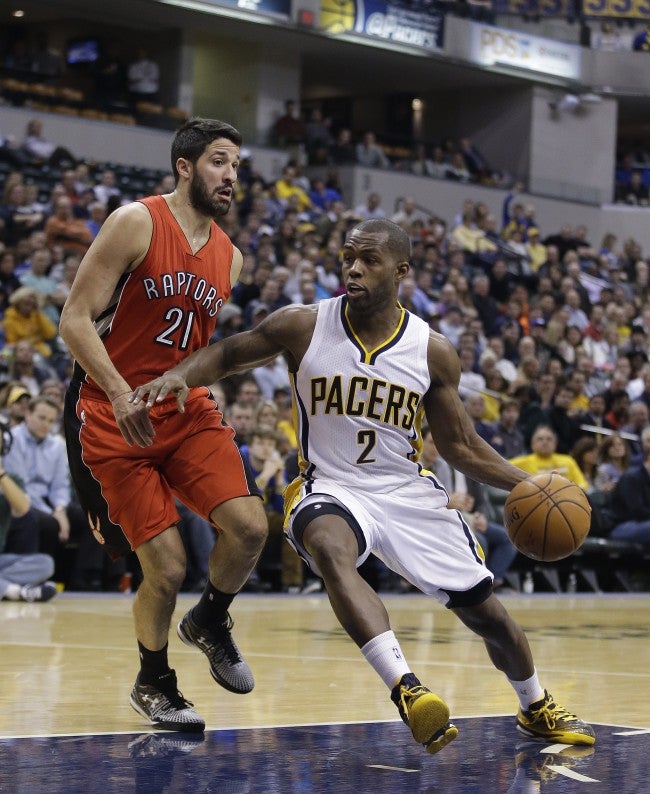 This time with All-Star starter Kyle Lowry spreading the floor and DeMar DeRozan finding his way to the basket, their teammates exploited other openings in Indiana’s defense. It was simply too much for the struggling Pacers.

DeRozan finished with 24 points, Lowry had 19 and three of their teammates also scored in double figures, as the Raptors pulled away 104-91.

“I’m getting more comfortable every single day,” said DeRozan, who missed 21 games with a torn tendon in his left groin. “Just getting back to used to playing the game I’m accustomed to playing,”

Without DeRozan, the Raptors were 12-9.

With him – and Lowry – they looked more like the team with the third-best record in the Eastern Conference.

Toronto (30-15), the NBA’s fifth-highest scoring team, shot 46.6 percent from the field after starting the game in a 9-0 hole, made nine 3-pointers and even managed to play the more physical Pacers to a virtual draw on the glass. The Atlantic Division-leading Raptors won their third straight and broke the franchise record for most wins before the All-Star break.

But without DeRozan and Lowry, it’s unlikely any of this would have been possible.

Lowry was 10 of 13 from the free-throw line and scored five of the Raptors points in a half-closing 7-1 spurt that gave Toronto a 50-44 lead.

“They made more plays. They’ve got a couple all-stars on their team and they’re tough to guard,” said Pacerscoach Frank Vogel. “They’re great at picking up fouls and they’re full of tricks. It wasn’t anything we weren’t doing. You just have to credit their offensive abilities.”

It wasn’t just DeRozan and Lowry creating havoc for Indiana (16-31).

Neither was on the floor when the backups rescued Toronto from a 32-21 deficit early in the second quarter with a 20-0 spurt. But after Indiana rallied to tie the score at 43, Lowry ignited the late second-quarter run and Indiana never caught up again.

The Pacers thought they were as close as 58-55 midway through the third. But a replay review wiped out David West’s putback at the shot-clock buzzer and Lowry answered with the two 3s to spur the 15-4 run that put Indiana in a 73-57 hole.

But Tuesday night was not good enough for the Raptors believe they’re just getting started.

“We’re still not a finished product,” coach Dwane Casey said. “We’ve still got a lot to work on. Guys have to stay hungry, stay focused because it’s a long season.”

Raptors: Toronto caused all sorts of problems for Indiana the past couple of seasons, and that hasn’t changed. The Raptors have won three straight in the series, including both meetings this season, and four of the last five overall against Indiana.

Pacers: The return of George Hill has given the Pacers a different look. But after combining for 30 points in 40 minutes over the previous two games, Hill went just 5 of 14 from the field and had 13 points in 20 minutes.

BORN TO BE FREE

If there was one clear difference Tuesday, it was free-throw shooting. While the Pacers went 16 of 23, the Raptors finished 27 of 34 — an 11-point discrepancy that was accounted for almost the entire point differential.

The short-handed Pacers have not been able to escape their injuries this season. Paul George is expected to miss the entire season with a broken right leg. C.J. Miles sat out Tuesday with a strained left groin. George Hill is still trying to play through soreness from his injured groin. But that’s not what Vogel believes the problem has been. “Our margin of error has been slim all year. We understand that and we’ve got to play better.”