Valedictorian gets backlash on social media for her accomplishments 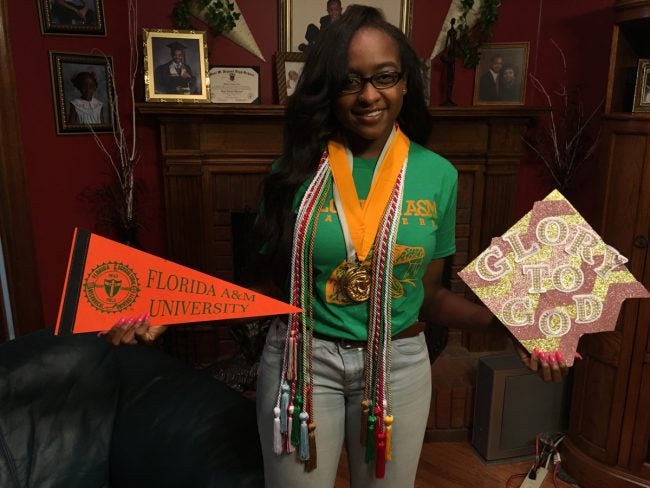 TUSCALOOSA, Ala. (WIAT) – After receiving the highest accolade in her high school as valedictorian, one Tuscaloosa teen is on her way to college with millions of dollars in scholarships, but after she posted her accomplishments to social media, it went viral and some questioned her credentials.

Mari Filer graduated Tuesday from Central High School with a 4.56 GPA, acceptance into thirty-nine colleges with millions of dollars in scholarships, but for some people on social media, the belief just wasn’t there, but their hate was real.

“This type of success is available to anybody,” said Filer.

“My caption was, graduated as valedictorian, with a 4.56 GPA, over 24 college credits, and over 2.8 million dollars in scholarships,” she said.

It quickly took off on Twitter with over 50,000 retweets; people praised her for being a role model student, but then came the doubters-those who just couldn’t believe it.

“A man said what…what was she doing out of the kitchen?…that’s a lie, she’s doing this to boost her ego, she’s trying to make herself look better by doing this and that, you can’t even get above a 4.0 GPA, but okay, where are you going to school, Mars university,” Filer recalled.

But for her mother, Leslie Filer, who is an educator, this time in the spotlight for her daughter is something she’s prepared her for.

“When you show them good direction, then eventually they get to this place where you are no longer nudging, but guiding and following,” Leslie said.

“When I post my accomplishments or awards, I always give God the credit because it’s his to give,” Filer continued.

As she gets ready for a full ride to college, she had one message for those who doubt her success: “God is not done with me yet.”

Mari’s father also graduated from his high school as valedictorian. In the fall, Mari will attend Florida A&M University on a full ride scholarship-the same school as her dad.