Will David West return to the Pacers? 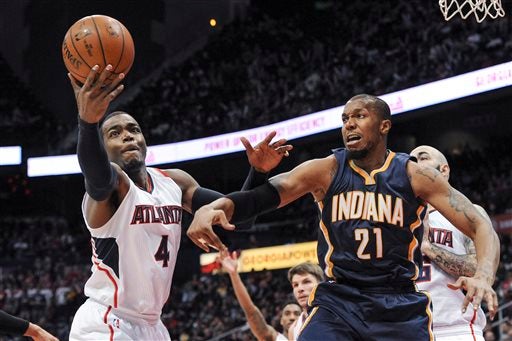 The offseason is full of question marks for the Pacers.  One of those includes whether or not David West will be back.  He has a player option this next season, which would pay him $12 million next year.

During Pacers president Larry Bird and Pacers head coach Frank Vogel’s season-end availability, both anticipated West would return.  However, it may be in a diminished role.  The 34-year-old power forward would likely stay a starter, but would see fewer minutes.

“We have to see how David looks next year,” said Vogel.  “David got off to a bad start this year when he had to miss the first six weeks of the season with an injury.  He and I talked about it yesterday; it’s just very difficult to ultimately get into a rhythm at any point in the season, when you start without a training camp or miss a huge chunk of the season.”