Witnesses recall rushing to help after I-69 crash 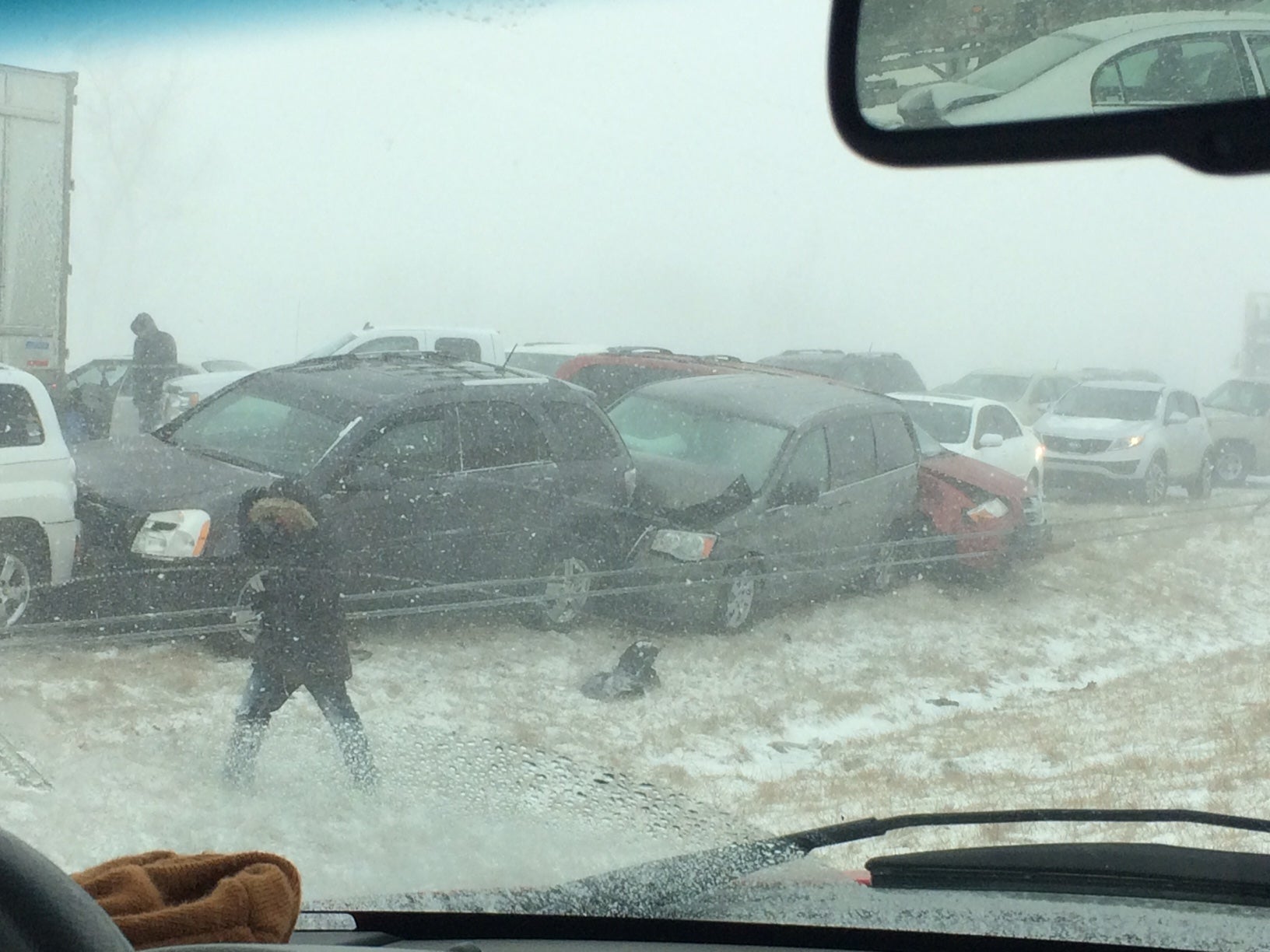 DELAWARE COUNTY, Ind. (WISH) – Interstate 69 has been reopened after a massive pile-up shut it down for much of Saturday afternoon.

Police also say a brief burst of heavy snow was a factor.

“It was over in the blink of an eye. It was white out conditions. You couldn’t really see ahead of you,” said Jacob Relue, who was involved in the crash.

“It was just white. We rolled up on the cars that crashed into everyone. It was scary,” said Shana Garza, who witnessed the crash while traveling to Kentucky with her husband. “There were a lot of cars. I’ve never see anything like that before in my life.”

The couple stopped as they saw the pile-up, running across the median to try to help.

“It was very surreal,” said Ernesto Garza. “To see a pickup that big, a tractor trailer twisting cars around. A Chevy pickup crumpled up like a can. So many vehicles in close proximity to one another couldn’t open the door to get out, crawl out of windows.”

The crash happened at about 11:30 a.m. It shut down northbound lanes for four hours and southbound lanes didn’t reopen until 6:30 p.m.

“A lot of cars bashed up pretty bad and they were taking them off on wreckers,” said Jeff Smith, who was on his way to work when the crash happened.

Not only did police have to remove the wrecked vehicles and debris, but also boxes from a Fed-Ex truck that was involved.

Before all was said and done, one school bus, five semis, and more than 20 cars were involved.

“The first thing I saw was the semi and the school bus that was stopped. I hit the brakes and just tried to land in such a way that I didn’t sustain too much injury,” said Relue.

No one was seriously hurt, but three people were taken to area hospitals. Police say on top of the snow and speed, drivers were also following each other too closely. They urge you to use caution when driving in bad weather.