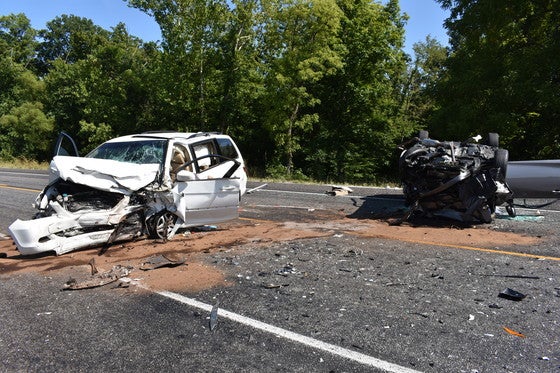 An ISP crash reconstruction team found that a minivan driven by Wanda Lutane, 61 of Columbus, was traveling westbound around 2:40 p.m.on State Road 46 near County Road 750 West in Decatur County when the minivan crossed the center line into the path of a car driven by Maria Verona Garcia, 42, of West Palm Beach, Florida.

Garcia was pronounced dead at the scene. Lutane was taken by medical helicopter to St. Vincent Hospital in Indianapolis with serious injuries.

Chaouadi suffered injuries that did not appear to be life-threatening, ISP said.

It is not known if alcohol or drugs played a role in the crash. Toxicology results were pending on Sunday.