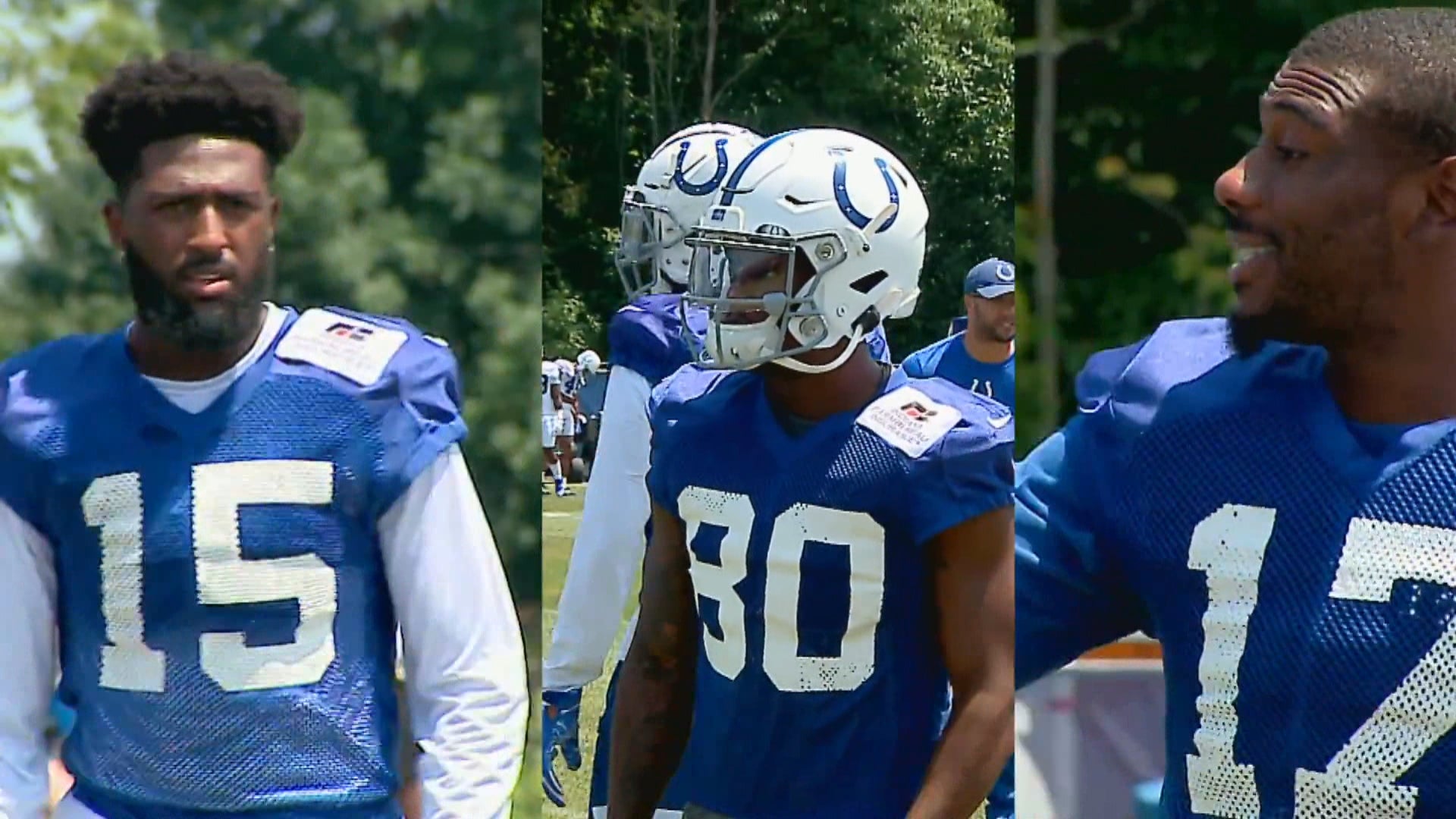 WESTFIELD, Ind. (WISH) — There are far worse jobs than catching passes from Andrew Luck all day, which is probably why there are a dozen wide-outs ready to step in.

It’s the stiffest competition at Colts training camp thus far. So, how are the receivers finding ways to stick out?

“Yeah, we even got the backups going with the ones. That just tells you how deep we are. Once guys step in, they are competing, showing they can play and as long as they understand the playbook, they’ll give themselves a chance,” said four-time pro bowler T.Y. Hilton.

“It’s an amazing group. You’ve got two to three groups that can compete at a very high level. When you have people like that that can step in and not drop off on production, it’s amazing. We just push each other every day,” Rogers said.

Fourteen people are vying for the receiver position group, which means the formulas for the Colts’ pass-happy offense are endless, but the remaining spots are limited.

The number of receivers will be reduced by more than 50% in the coming weeks. Until then, the wide receiver battles will continue as they fight for the remaining spots.

“I feel like everybody in this room can make plays, but if I can come out and consistently make those same good plays every day, then that’s going to have to stick out in a coach’s mind as a guy that’s reliable and a guy that they can trust. So, that’s what I’m trying to do,” said Hogan.