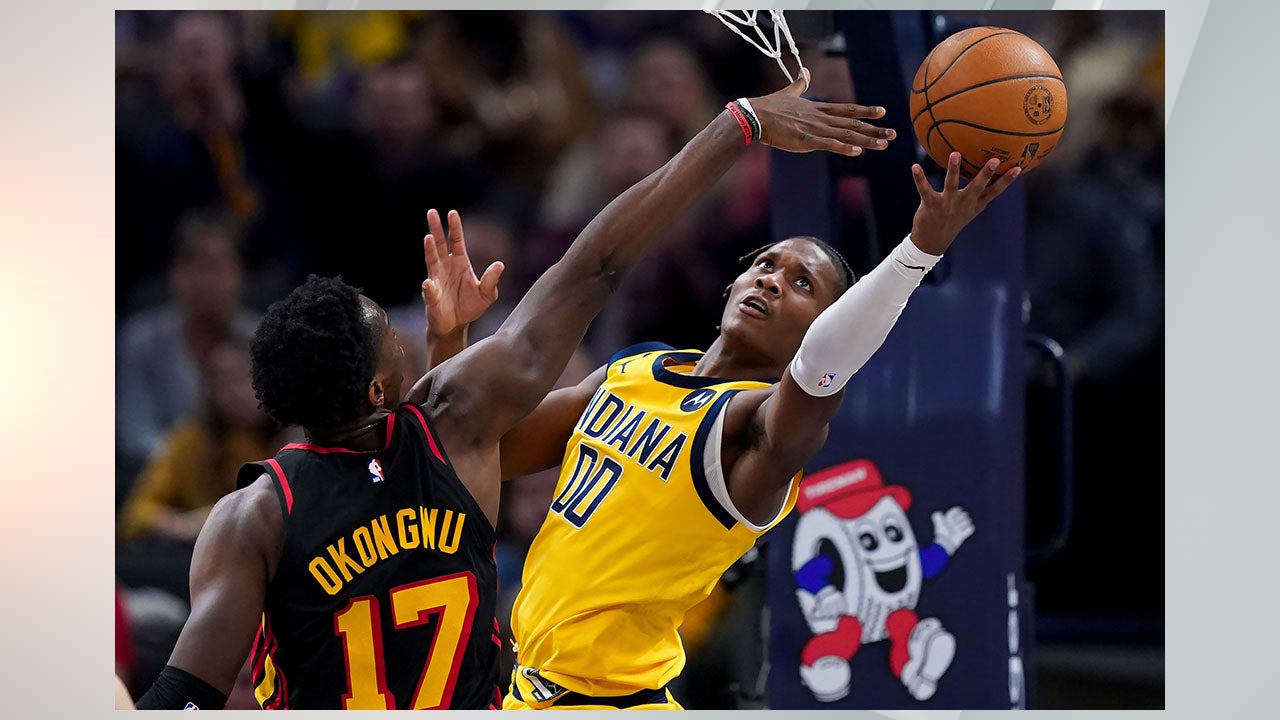 INDIANAPOLIS (AP) — John Colllns tipped in a missed shot with less than a second left to give the Atlanta Hawks a 113-111 victory over the Indiana Pacers on Friday night.

Bennedict Mathurin scored 26 points and Buddy Hield had 18 points for Indiana. The short-handed Pacers who were without three starters.

After Dejounte Murray, who scored 18 points, stole the ball and scored to give the Hawks a 108-107 lead. Mathurin scored to put Pacers ahead 109-108 with 58 seconds left. He was fouled on the basket but missed the free throw.

Indiana was without point guard Tyrese Haliburton. He suffered a bone bruise on his left knee and elbow strain during the third quarter Wednesday in a loss to the New York Knicks. He is expected to be out at least two weeks. The Pacers were without starters Myles Turner (back spasms) and Aaron Nesmith (illness) for the second consecutive game.

The Hawks led by as many as 11 in the first half before taking a 58-55 halftime lead when Buddy Hield sank a 3-pointer with just under 4 seconds left.

Trailing 62-55 in the third quarter, the Hawks reeled off 14 straight points to take a 69-62 lead. The Pacers regrouped to take an 89-84 lead after three quarters. Hield hit another 3-pointer just before the third quarter buzzer.

Pacers: Indiana coach Rick Carlisle said Myles Turner’s back injury isn’t likely to be a long-term issue, but he doesn’t expect Turner will play against Memphis on Saturday. …Oshae Brissett, who missed Wednesday’s game with a hamstring injury, was able to play against the Hawks. He scored 17 points.

Hawks: At Toronto on Saturday night