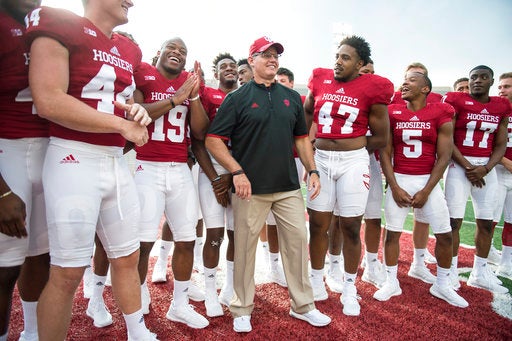 Allen led the team to a No. 7 ranking this year along with a 6-1 record, Indiana’s best overall start since 1993.

Allen is just the second Indiana head coach in history to earn the recognition, after Bill Mallory did so in 1986 and 1987.

Some of IU football’s biggest achievements this season include ranking inside the top ten for five weeks, which is the most Indiana has since 1967. The team’s win over Penn State was also the team’s first top ten win at home since 1967, when they beat Purdue, ranked number three at the time.

Allen was also named the AFCA Region 3 Coach of the Year and is up for the Dodd Trophy and Paul “Bear” Bryant Awards.