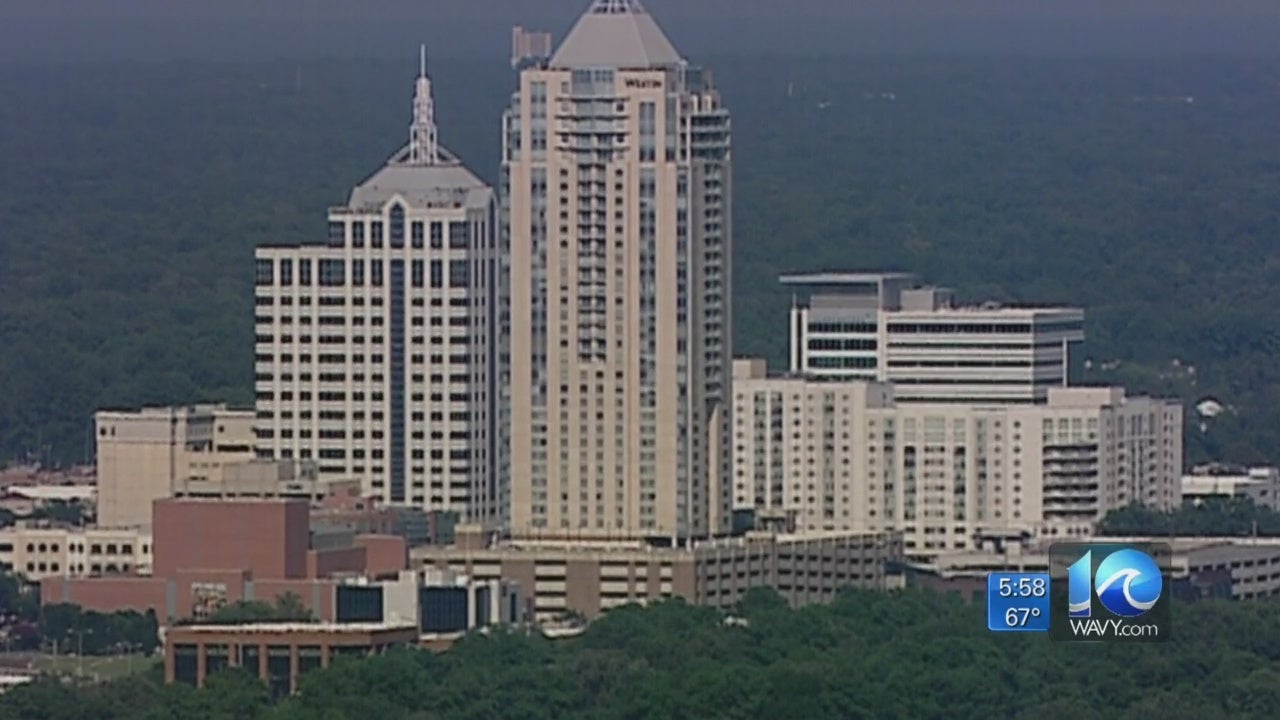 VIRGINIA BEACH, Va. (WAVY) — Two people have been arrested and charged with conspiring to commit a terroristic act at Bayside High School’s prom over the weekend at The Westin in Town Center.

According to Police Chief Jim Cervera, extra security was in place for the event after the department got word that two people not associated with the school tried buying tickets to prom.

Police and school district officials investigated the matter and  say that Michael Coleman, 18, had made threats against specific people within Bayside High’s school zone.

A “tight” security plan coordinated by police and the school district was developed, and police were on the lookout for Coleman.

Police received word that he was staying at The Westin on Saturday evening. When officers tried stopping him outside the hotel, they say he took off running.

Christin Drader says that more than 1,000 people were leaving the nearby Sandler Center at the same time.

“I think that everyone was very shocked, because all you could hear was trampling of feet and officers saying ‘move, everyone move, everybody out of the way.”

Coleman dropped his 9-milimeter handgun gun, but police say he managed to escape.

A search of his hotel room led officers to his 17-year-old alleged accomplice and a a 45-caliber rifle with a fully-loaded magazine.

The teen was arrested and charged with conspiracy to commit a terrorist act and possession of a firearm by a juvenile.

A spokesperson for the Office of the Commonwealth’s Attorney said the 17-year-old was arraigned Monday, and ordered to remain in secure detention. His trial is set for June 27.

Coleman was arrested by police on Monday in Norfolk, where he was wanted in connection with a shooting incident the day before the attempted attack. Police say he shot at four people on Azalea Garden Road on Friday.

In addition, police in Virginia Beach have charged him with two counts of carrying a concealed weapon and conspiracy to commit a terrorist act.

“My husband and I were talking about how this could have very easily been a Las Vegas situation,” said Drader. “What if the suspects were buying tickets as almost an alibi? So, they would say, ‘hey, we’re here for the prom’ and go up to a room and start shooting at people walking in Town Center.”

Chief Cervera says a potentially disastrous situation was stopped thanks to a proactive approach between the police department and the school district.

Coleman’s grandfather, who did not want his name released, said he was “hurt” by the charges his grandson faces.

“If it’s true, it’s true, but I hate it,” he said. “It hurts me to think that he could do something like this.”

Good afternoon, Marlin families. This is Mr. Miller, principal of Bayside High School, calling with information about a police matter related to our senior prom. Over the weekend, two teens who do not attend Bayside High School were taken into custody following a criminal investigation. One of these teens was arrested at our prom’s hotel Saturday night. Please know that we take the safety of our students very seriously. In fact, extra security was on hand at the prom after police advised us of previous neighborhood incidents occurring within the Bayside school zone. I am grateful to the Virginia Beach Police Department and the school division’s Office of Safety and Loss Control who partnered with us to take the necessary steps to ensure our students could safely enjoy their senior prom. Now, it is time for us to turn our attention to this week’s final exams and, of course, graduation. As a reminder, guests must have a ticket to attend the graduation ceremony at the Virginia Beach Convention Center. And, as in past years, attendees will be subject to security checks supervised by the Virginia Beach Police Department. Thank you.

We would like to thank the members of the community that provided the information that led to these arrests. We would to assure the public that the Virginia Beach Police Department and Safe Schools take seriously all actual or perceived threats to our schools.

This is a developing story. Stay with WAVY.com for updates.