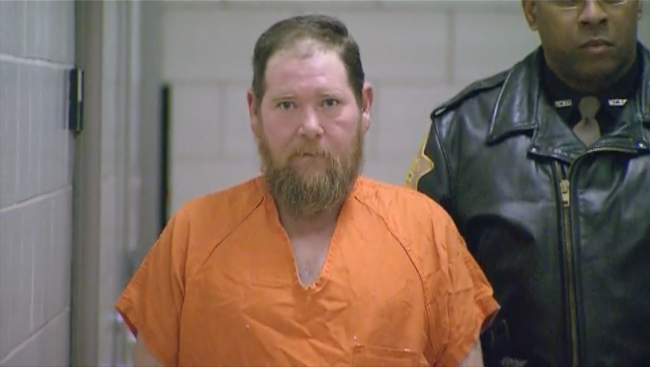 INDIANAPOLIS (WISH) – The trial for the so-called fourth suspect in the 2012 south side house explosion at Richmond Hill is likely to be delayed until at least mid-2016, prosecutors said.

The decision came as Gary Thompson, 44, appeared in court Wednesday for the second time since his arrest in January.

He faces 34 of counts of arson, 12 counts of arson resulting in bodily injury, 1 count of conspiracy to commit arson and two counts of murder. Thompson is accused, along with Monserrate Shirley, Mark Leonard and Bob Leonard, of helping to set the explosion in the Richmond Hill neighborhood that killed Dion and Jennifer Longworth and damaged nearly 80 homes in November 2012.

During the brief hearing Wednesday, Thompson’s attorneys asked for more time to prepare their defense, prompting the judge to cancel an April 6 trial date that had been set in the case. The delay had been anticipated by both sides, prosecutors said.

“We have something on the order of 40,000 pages of discovery to get to his new defense counsel. So, an April date is very unlikely,” said Marion County Deputy Prosecutor Denise Robinson following Thompson’s initial court appearance in January.

Both Mark and Bob Leonard’s trials will be held outside Marion County due to concerns over intense pre-trial media coverage.

Thompson’s trial will likely be held after the other two cases conclude, a spokesperson for Prosecutor Terry Curry said Wednesday.

Shirley agreed to plead guilty to conspiracy to commit arson charges in exchange for a reduced sentence to be determined following the conclusion of the other trials. She must testify against her co-defendants under the terms of the agreement. Prosecutors say interviews with Shirley under the agreement helped lead to Thompson’s arrest.

Thompson’s attorneys are expected to ask that his trial also be moved outside Marion County, but no formal motions requesting that have yet been filed. He is scheduled to return to court for a hearing in August.