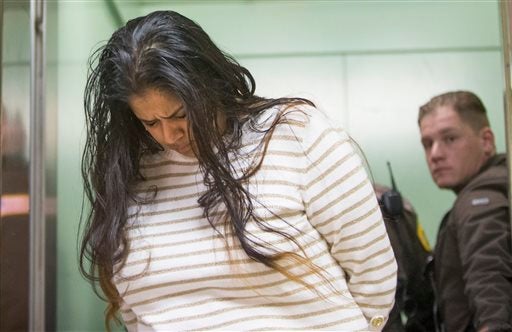 SOUTH BEND, Ind. (AP) – An Indiana woman received a 20-year sentence in the death of her premature infant, a punishment the head of a national advocacy group called cruel and a misuse of the state’s feticide law.

A judge sentenced Purvi Patel, 33, South Bend, on Monday, saying Patel had abused her position of trust when she gave birth prematurely, threw the baby in the trash and lied to hospital personnel about giving birth.

Lynn M. Paltrow, executive director of National Advocates for Pregnant Women, said Wednesday that Patel’s sentence marks the first time a woman in the U.S. has been convicted and sentenced for attempting to end her own pregnancy, despite claims by advocates of feticide laws that they would not be used to criminalize abortion.

“This is quite traumatic and frightening,” Paltrow said, adding that more than 35 states have feticide laws that were intended to be used if a woman’s fetus was killed by someone else. “Many people would love to see an end to abortion, but a majority of even those people don’t want to see women locked up in prison.”

Patel was found guilty in February of neglect of a baby – whose body was found on July 14, 2013, in a trash bin behind her family’s restaurant in Mishawaka – and of feticide, which in Indiana is defined as a person who knowingly or intentionally terminates a pregnancy with an intention other than to produce a live birth, to remove a dead fetus or to perform a legal abortion.

Chief Deputy Prosecutor Mark Roule sought a 30-year sentence for Patel on the neglect charge and 10 years for feticide, saying she failed to seek medical help when the baby was born alive.

She was sentenced to 30 years on the neglect charge, with the final 10 years suspended, and ordered to serve a concurrent six-year sentence on the feticide conviction.

Patel has indicated she plans to appeal.

Other women have been charged with feticide for attempting to end their own pregnancies, but none until now had been convicted and sentenced, Paltrow said.