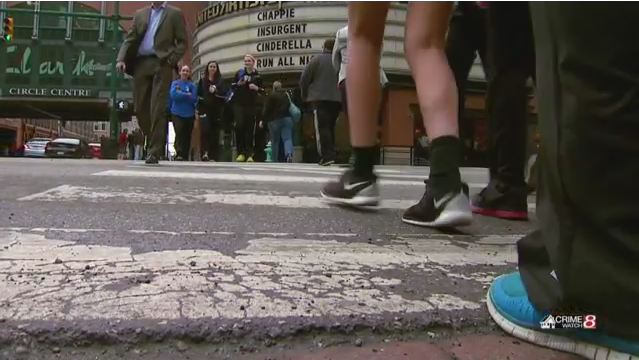 INDIANAPOLIS (WISH) — Jeremiah Quinn is a musician. He plays his guitar on Saturday nights just outside of Circle Centre Mall. During his impromptu sets, he is often encouraged by shoppers and visitors to keep playing.

However, last Saturday night Quinn witnessed several unsupervised teens disturbing the peace. There were several fights, including a fight where a teenager used brass knuckles to strike another teenager.

Since the fights, Indianapolis Metropolitan Police Chief Rick Hite has asked Ten Point Coalition to come downtown and walk the streets. Through the Final Four Tournament, Ten Point will have a total of 12 outreach workers downtown. Those members will work in three teams of four. They will walk in front of Circle Centre Mall, the Canal Walk and bus stops.

Ten Point members will also monitor social media sites like Twitter and Facebook. The group will try to identify potential troublemakers headed to downtown this weekend.

Despite those extra efforts, the group is asking parents to watch their children.

“I want to say this to the parents, it’s not the job for the mall, IMPD, and Ten Point and other community groups to babysit your children,” said Ten Point Leader Rev. Charles Harrison.

While walking the streets, outreach workers will engage the teenagers downtown by talking with them and encouraging them to practice good behavior.

Harrison believes his outreach workers will work from 7 p.m. to 11 p.m. on Saturdays, or until the crowds of teenagers have left for the evening.