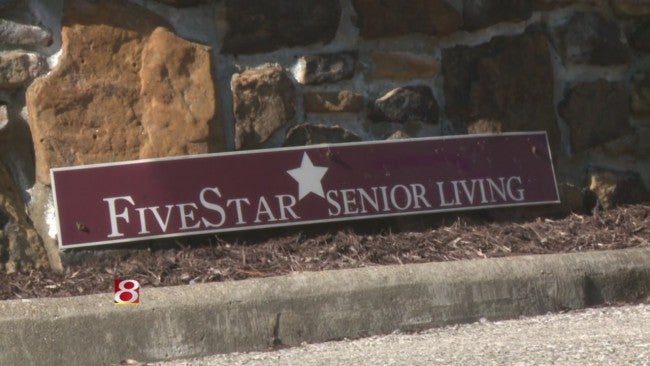 INDIANAPOLIS (WISH) – Some people like to enjoy their dinner with a glass of wine or a beer, but having a drink can come with a few complications for one retirement community in Bloomington.

Last spring, someone filed a complaint with the Indiana State Excise Police that the Meadowood Retirement Community was serving alcohol to its residents without a permit.

Some residents tell 24-Hour News 8 they had no idea they were breaking a law in the first place.

On any given Friday evening at the Meadowood Retirement Community, you can find dozens of residents enjoying what they call social hour.

“We don’t have to drink in order to socialize, but that is certainly part of what often triggers good conversation,” said Ronald Kovener, resident.

This social gather often includes a number of different snacks and alcoholic beverages to choose from like wine and beer. However, the drinks are “BYOB” for now.

“Our first thought was well there must be some kind of mistake,” said Carol VerWiebe, resident. “But of course it wasn’t a mistake.”

The state notified management last year that was against the law to serve alcohol at the facility without a permit because its considered a business.

“What we’re trying to achieve is to recognize, this is our home and it is inappropriate for the state liquor people to be telling us that what we could not do in our home, what we would do in the home we moved from to come here,” said Kovener.

The community started looking into the idea of getting a permit, but that didn’t work out. They came across two problems.

According to a letter sent to members of the House Public Policy Committee, “No one could bring their own wine or beer to dinner and resident’s own wine, beer, or hard liquor could not be consumed by anybody, any time, in any place other than their personal apartments.”

“The only thing that you could go going forward is for the residents to donate whatever alcohol is going to be used and serve it themselves,” said Michael Bird, resident.

Residents reached out to lawmakers and now House Bill 1542 could change that. According to the drafted legislation, it would exempt retirement communities from having to get a permit or a license, allowing them to serve alcohol without a problem.

“We’d like to see this bill on the Governor’s desk as soon as possible it could get there so we could end this silliness and move ahead,” said Bird.

Residents tell me the cost of alcohol at social events and gatherings is already factored into their monthly rent.

A committee vote on this proposal is expected next week.

For more information on how you can donate alcohol to the retirement community, just click here.

For more information on the drafted legislation, you can click here.

All Indiana Politics / 2 mins ago