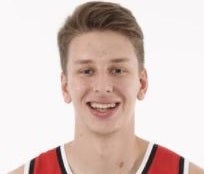 Zachary “Zach” Hollywood was discovered just before 1 p.m. Tuesday at his dwelling at Varsity House Apartments, off McGalliard Road west of Wheeling Avenue, said Delaware County Coroner Scott Hahn. The death, a suicide, did not appear suspicious, the coroner said. An autopsy is scheduled for Wednesday.

She read a prepared statement by phone to 24-Hour News 8:

“On behalf of Ball State University, it is with profound sadness that we learned today of the passing of Zachary ‘Zach’ Hollywood, a student from Bradley, Illinois. Zach has been a part of our community for the past year. During his time on campus, he was a member of the men’s basketball team and made many positive impressions throughout campus. This is a tragedy. Our heartfelt condolences are with his family, friends and teammates. For members of our Ball State family who need support, we encourage them to take advantage of the numerous resources available on- and off-campus.'”

Hollywood reshirted in his first season at Ball State and served as a member of the practice squad, according to Ball State athletic information. The 6-foot-9 center had come to Ball State from Bradley-Bourbonnais Community High School in Bradley, Illinois, where he averaged 17.5 points per game and 7.8 rebounds a game as a senior.

A special education major, Hollywood was the son of Scott and Susan Hollywood of Bourbonnais. His mother died Aug. 1, 2016. “Her life revolved around sports and she was her son’s biggest sports fan,” her obituary said.

Teammates reacted to the death:

We love you Hollywood!! We got you forever!!! We gonna miss you, but we already know you are gonna be right there with us! As we get this ????- Tayler Persons (@TaylerPersons8) August 22, 2017

Thinking about the Ball State Basketball Program. Everyone please keep them in your prayers!- Arch Miller (@Archie_Miller) August 23, 2017