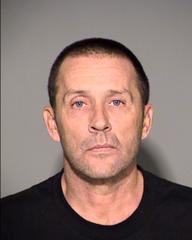 INDIANAPOLIS (WISH) – Central Indiana police say they have arrested a man in connection to a handful of robberies that happened at the end of December.

Detectives identified Jones as the suspect in connection to the following robberies:

Fishers Police said Monday afternoon that Jones was arrested in connection to an armed robbery that happened at a Key Bank in the 7400 block of East 116th Street New Year’s Eve.