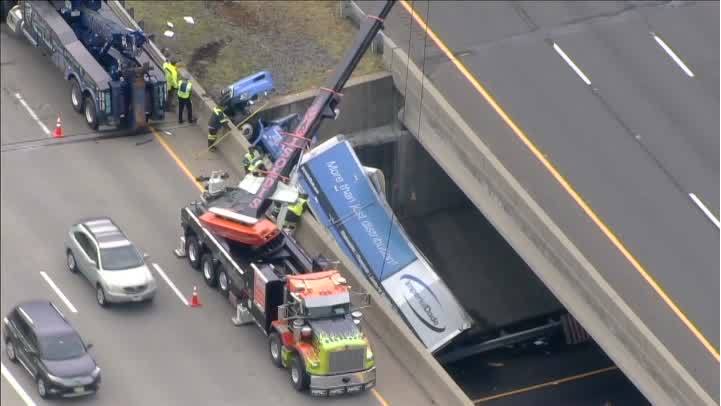 How did it get there? Authorities said a three-vehicle crash led to the truck’s tricky disposition.

One lane of traffic was blocked by the crash as crews worked to remove the truck. The cab could be seen being held up by the median with the trailer dangling on to the road below.

Several people were injured in the crash, but they are all expected to be OK.