Bed Bath & Beyond is failing fast 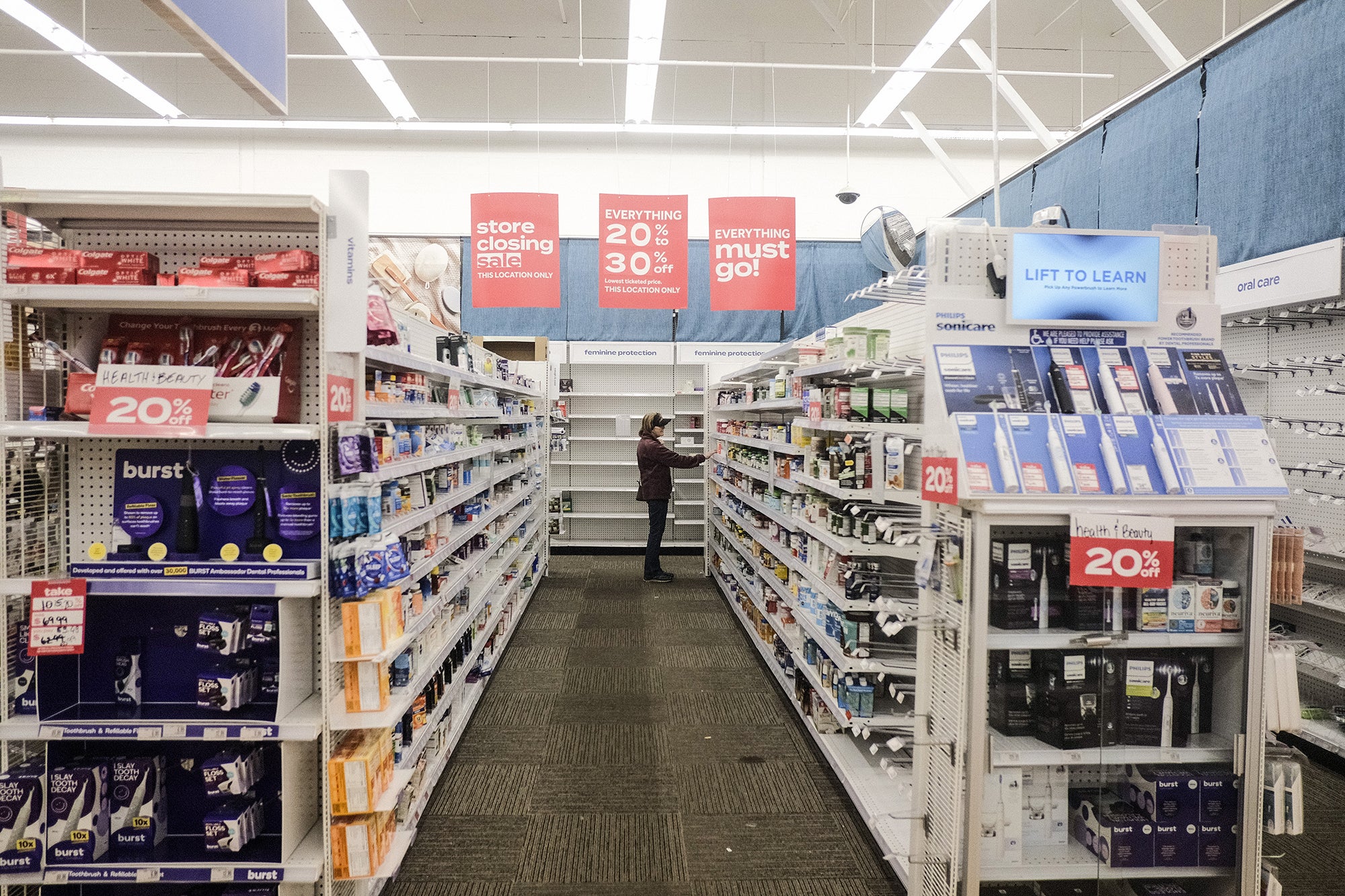 Discounted merchandise for sale at a Bed Bath & Beyond location permanently closing in Northville, Michigan, US, on Saturday, Sept. 24, 2022. Bed Bath & Beyond Inc. is starting to close down and liquidate 56 stores as part of a wide-ranging turnaround plan, which the troubled retailer is betting will rekindle some of its lost appeal with US shoppers. Photographer: Matthew Hatcher/Bloomberg via Getty Images
by: Nathaniel Meyersohn, CNN Business
Posted: Sep 29, 2022 / 02:49 PM EST / Updated: Sep 29, 2022 / 07:15 PM EST

(CNN) — Bed Bath & Beyond is losing shoppers and money at a rapid clip, and the company will need to quickly reverse course to avoid bankruptcy.

The struggling chain announced Thursday that sales at stores open for at least a year plunged 26% during its latest quarter ending August 27. The company also lost $366 million in that period and profits fell as the chain discounted merchandise to clear shelves.

Bed Bath & Beyond shares were down 3% in early trading Thursday. The stock has lost more than half its value this year.

“Our overall results are not acceptable nor demonstrative of our potential,” Sue Gove, the retailer’s interim CEO, said on an earnings call Thursday. Gove replaced previous CEO Mark Tritton in June.

Sales dropped last quarter because Bed Bath & Beyond has been offering too much merchandise that customers don’t want and was out of stock on items in higher demand, according to the company.

Bed Bath & Beyond is adjusting its inventory by eliminating one-third of its own brands and adding well-known brands and new direct-to-consumer brands back into the mix.

This is a reversal from a previous push, implemented under Tritton, to stock more of the retailer’s own brands. That strategy was successful at Target, but it turned off brand-loyal customers at Bed Bath & Beyond who wanted big-name brands.

“Over the summer, we jump-started the rebalancing of our inventory away from owned brands and resolving the broken stock across our national brands,” Gove said Thursday.

The company has announced other strategies to try to win back shoppers, including a new rewards program, improved mobile app and new visual displays in stores.

“Our customers are anxious to get back in our stores,” Gove said. “They want variety, they want value and they want coupons.”

Last month, Bed Bath & Beyond also announced it will close 150 stores and secured $500 million in new financing to help pay suppliers and finance other expenses.

Analysts say it may be too late for Bed Bath & Beyond to right itself and remain competitive with such larger retailers as Amazon and Target.

“Bed Bath & Beyond was slow to change with the evolving environment. They were too concerned around not trying to jeopardize the cash cow of stores,” said Michael Lasser, a retail analyst at UBS.

Target, Walmart, Costco and other chains stand to benefit even more from Bed Bath & Beyond’s challenges and store closures. Around 79% of Bed Bath & Beyond stores are within a 10 minute drive of a Walmart and 77% of stores have a Target within 10 minutes, Lasser said.