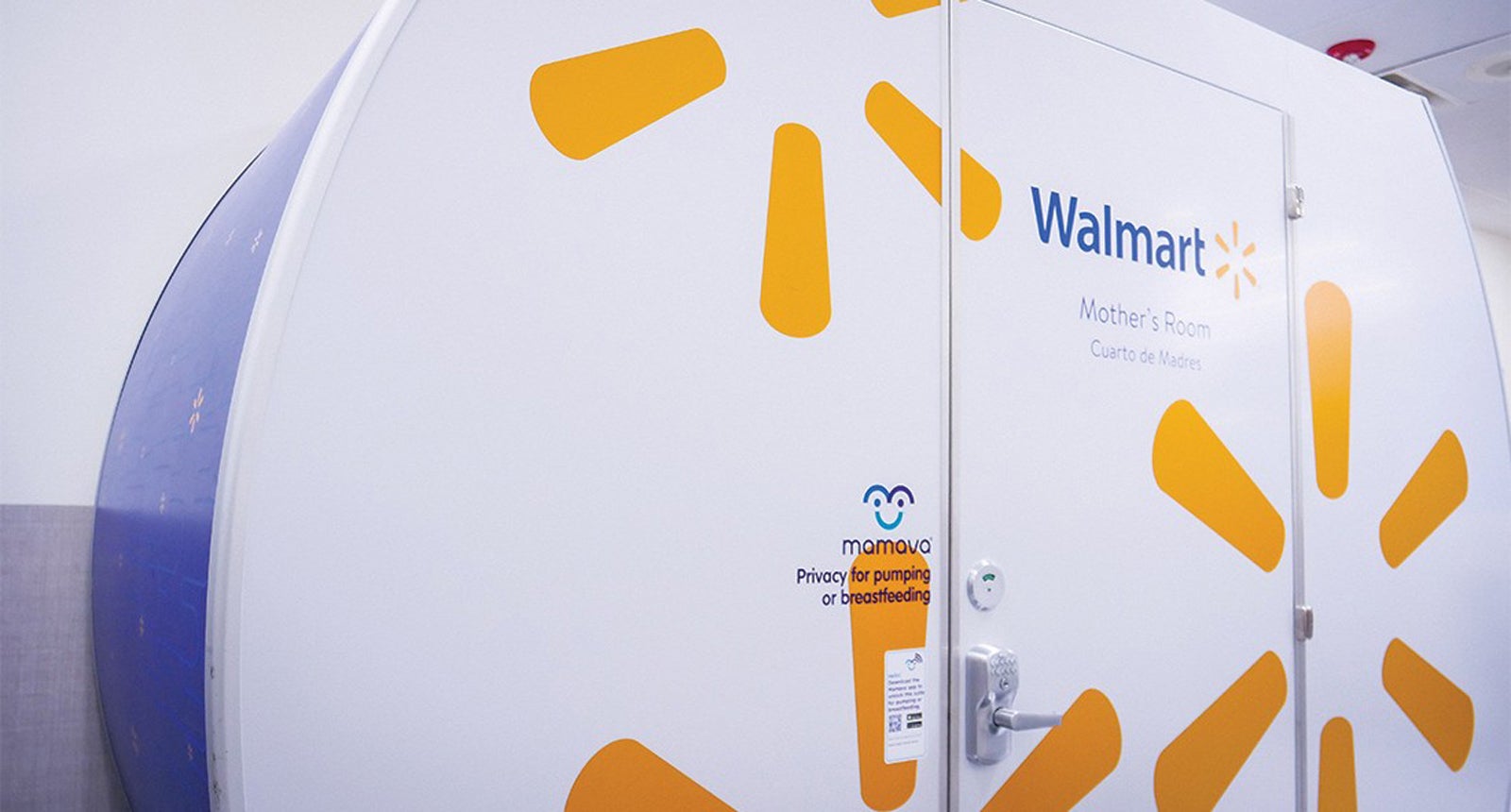 (CNN) — Walmart is adding 100 Mamava lactation pods to stores across the US to give moms with babies a safe space to breastfeed.

Mamava pods are private, free-standing spaces that give mothers a clean space to breastfeed or pump.

Walmart’s partnership with Mamava is the idea of Walmart associate Tennille Webb. Webb first discovered a Mamava pod while traveling, and the experience pushed her to advocate for its use in Walmart stores.

“When I discovered and used the Mamava pod that first time, it was a game-changer for me, and I knew it would be a great option that gives my fellow Walmart associates and our customers another choice in their breastfeeding journey,” said Webb.

“I’m honored to see that my idea has come to reality in our stores. It’s teaching my son how one person can make a big difference.”

Mamava pods are free to use, and moms can find pods through the Mamava app. The app will give users access to the pod while allowing them to customize settings such as lighting, airflow and even “listen to soothing sounds.” Moms can also leave encouraging digital notes for other moms that use the pods, the company said.

“We started Mamava to ensure that every breastfeeding mother could choose whether or not to breastfeed, so we set out to remove all barriers to making that choice,” Mamava’s CEO and co-founder Sascha Mayer said.

The pods were trialed at three Walmart stores last year and will be available in at least 100 locations by the end of the year, the company said.

While Walmart has Mother’s Rooms for staff and customers to use for breastfeeding or pumping in several hundred stores, the Mamava pods will be setup in stores without Mother’s Rooms, according to Walmart.

IPS Board Meetings / 43 mins ago