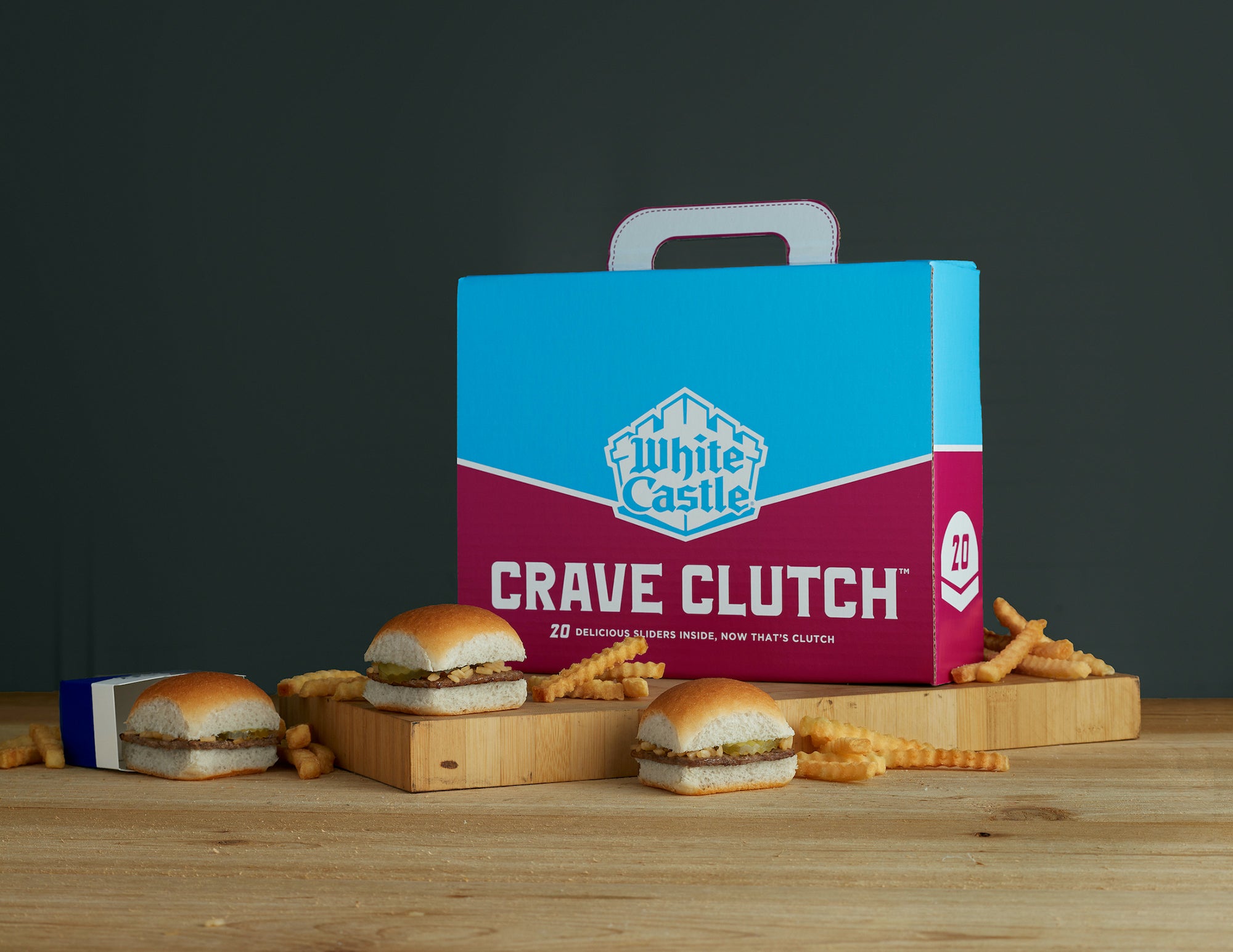 (CNN) — White Castle is reinventing its packaging to adapt to customers’ new social habits during the pandemic.

The new packaging is called the “Crave Clutch,” and each contains 20 sliders and four small fries and costs $20 in most locations. It’s the first time the 99-year-old hamburger chain has introduced new packaging in 16 years.

“The Crave Clutch has been something we’ve been working on behind the ‘Castle walls’ for a while,” Jamie Richardson, vice president at White Castle, said in a press release. “Faced with the pandemic, we decided that now is an ideal time to introduce this new size of Slider packaging.”

The Crave Clutch features a cardboard handle with faux-leather stitching — fancy! — making it easier to transport home or to outdoor, distanced hangouts. One side of the clutch looks like an old-school boombox.

White Castle already has a 10-slider sack and a 30-slider case, but the 20-pack clutch is a good choice for “family meals and small gatherings,” the company said.

The sliders are also available in packs of seven, eight or nine, And if you really want to go wild — or you’re just trying to feed a lot of people — White Castle sells 100 sliders in its Crave Crate, which was the last new packaging launched in 2004.

The fast food chain is focusing on innovation this year. In July, the company announced it was testing a burger-grilling robot named Flippy.