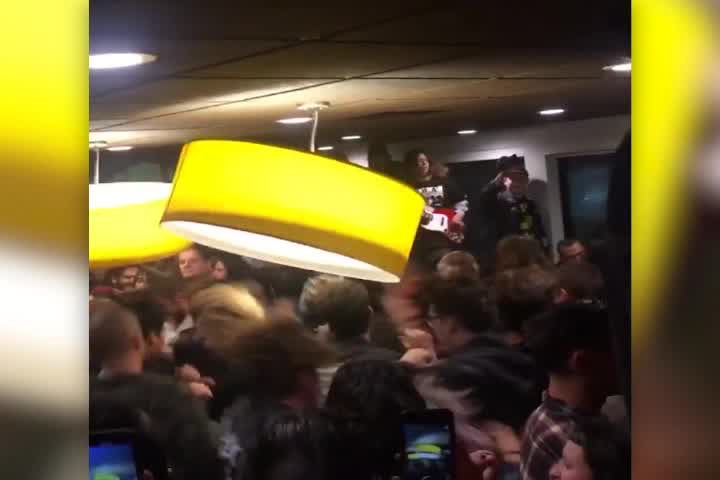 A video of a rock concert at a California Denny’s is making its rounds online after one California teen threw a birthday party over the weekend at the Orange County restaurant.

In the video, light fixtures rattle and music thumps as a mosh pit breaks out. The show got a bit out of hand and some of the restaurant’s furniture was broken.

The band that performed at the restaurant got wind of the damages and launched a GoFundMe to help the owner pay for the repairs.

According to “Mashable,” the hard-core performances became a thing at Denny’s last year when a video of one 2013 performance at the restaurant chain resurfaced.