Car fire on shoulder of I-65 in Shelby County 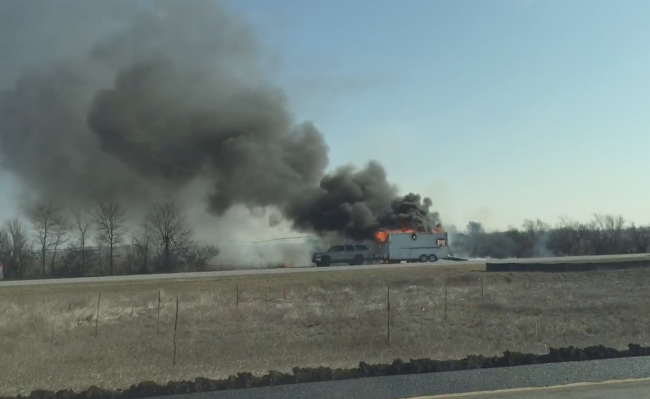 SHELBY COUNTY, Ind. (WISH) – Police responded to a working car fire on I-65 in Shelby County on Saturday morning.

Shelby County Sheriff’s Department reported a trailer fire at approximately 10:30 a.m. on northbound lane shoulder of I-65 at 88-mile marker, between SR 252 and SR 44.

According to reports, a trailer being towed by a pick-up truck caught on fire.

Both northbound lanes were closed for a short time as fire crews put the fire out, but by 11:25 a.m. traffic was starting to move in both lanes again.

Police say no one was injured.