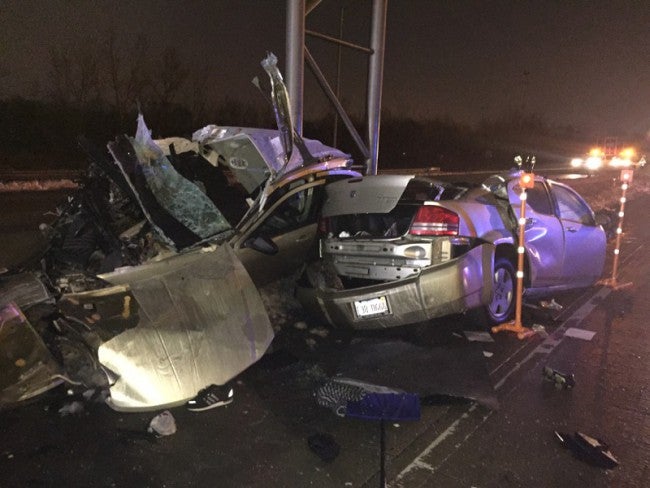 GARY, Ind. (WISH) – A car accident in the early morning hours of Saturday resulted in the deaths of three people after what police are calling a horrific crash on I-80/94.

At approximately 3:37 a.m, Indiana State Police responded to the scene of an accident just east of Cline Avenue on I-80/94, where a 2010 Dodge Avenger carrying five passengers had been split in two on impact.

The driver of the Avenger has been identified as Robert M. Hayes, 22, of Chicago.

Documents state that Hayes had been passing a semi when he changed to the right lane and lost control of the car. At that point, police report that the car went off the road, hit a concrete barrier, flipped and hit a large support pole which split the vehicle in two.

Both Shaquita Kendrick, 21, of Harvey, Illinois, and Timothy Riley, of Chicago, Illinois, were pronounced dead at the scene of the accident.

Hayes, the driver, was taken to North Lake Methodist Hospital with non-life-threatening injuries.