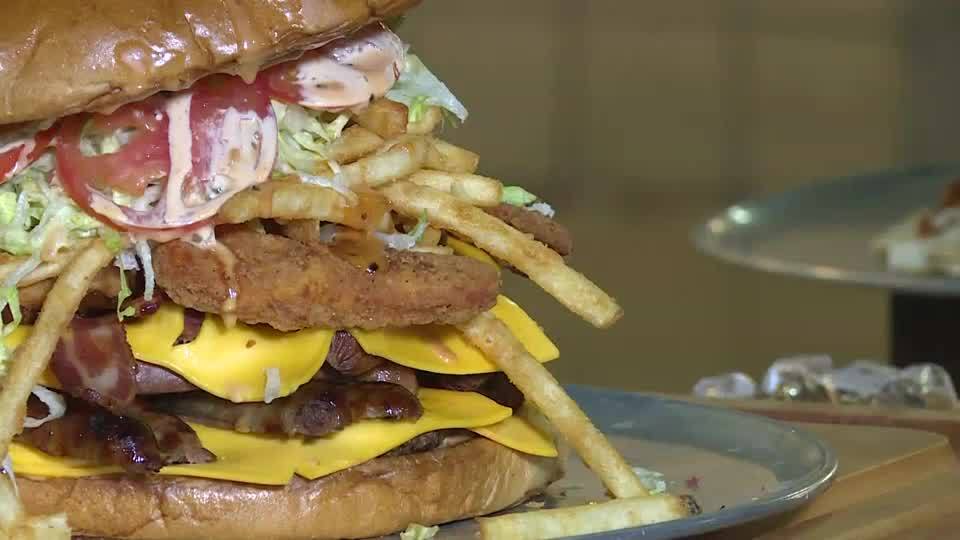 PHOENIX, Ariz. (WCMH) – Fans of the NFL’s Arizona Cardinals who show up to games this season really, really, really hungry now have the perfect item on the menu for them: The seven-pound Gridiron Burger

The burger is so big, it comes with a challenge to encourage those who buy it to actually eat the entire thing.

So what’s on it? There are five 1/3 pound burger patties, five hot dogs, five bratwursts, 20 slices of American cheese, eight slices of bacon, eight chicken tenders, 12 ounces of fries all topped with lettuce, pickles and tanker sauce on a 10-inch bun.

Don’t think it’s that big? Just take a look at it in this video.

And the prize? Finish by yourself in an hour and you get a Cardinals jersey and your photo on the scoreboard.

What about the calories? “Haven’t figured that out yet… Still counting, but got a lot of zeroes after it,” executive chef Sean Kavanaugh told Arizona Central.