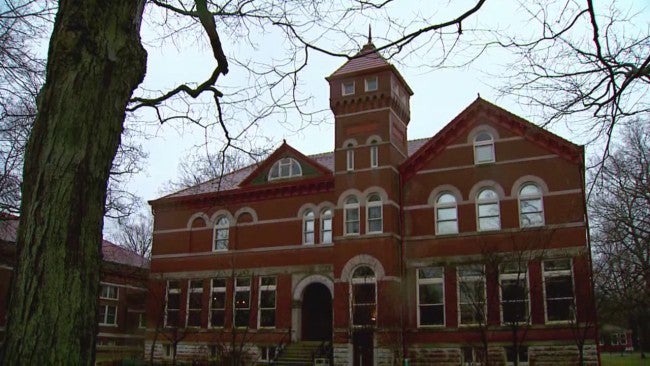 NEW HARMONY, Ind. (WISH) – As we continue our countdown to Indiana’s 200th birthday, we take you to a community that recently celebrated its own Bicentennial.

New Harmony is in Posey County, in the very southwestern corner of Indiana. With a population of around 800, it is a small town, but it has an unusually “big” history.

In 1814, a group called the Harmonists founded the town, hoping to build utopia.

A decade in, the Harmonists moved on, and the Owenites came in, also hoping to build utopia.

What those groups managed, in just 12 years two centuries years ago, defines New Harmony to this day.  At every turn, a visitor will find art, architecture, relics and stories that all refer back to the utopian days.

“When people come here, they feel a sense of calmness and peacefulness, and it’s very serene,” explains Amanda Bryden of the New Harmony State Historic Site. “And I think a lot of people feel that when they first come. Then when they delve into it a bit deeper into our history they see where that comes from, from the Utopian groups that were here.”

Unusual sights abound in New Harmony.  It has two labyrinths, one representing a Harmonist original; the other echoing the Cathedral Labyrinth in France.

There is also the mid-20th Century marvel called the “Roofless Church“, with its brick walls, stunning main gate, and an organically-shaped dome as the centerpiece.

Thrall’s Opera House is another fascinating place.  Historians tell us the Harmonists built it and similar buildings as a house shared among adult siblings. The Owenites also used it as a dwelling, but more of a community house where several families lived.  In later years, the building took some strange turns: it was a theater, a gas station and now an opera house.

Even the Visitors Center -called the Atheneum– is truly unique. Sharp lines and white porcelain cladding stand in stark contrast to the rest of the town’s architecture, but at the same time serves its purpose, and others, very well.  Some summer nights, the Atheneum’s gleaming walls serve as a movie screen!

There are many more quirky stories to be found all over the town, so New Harmony tends to see a lot of repeat visitors.

“I know people who have been coming for decades, because each time they come they find something new to do or learn something else or some element that they didn’t even know about,” says Bryden.

The best advice for first-time visitors may be to keep an open mind and an open schedule, because there’s truly no telling which direction your New Harmony adventures will take you.