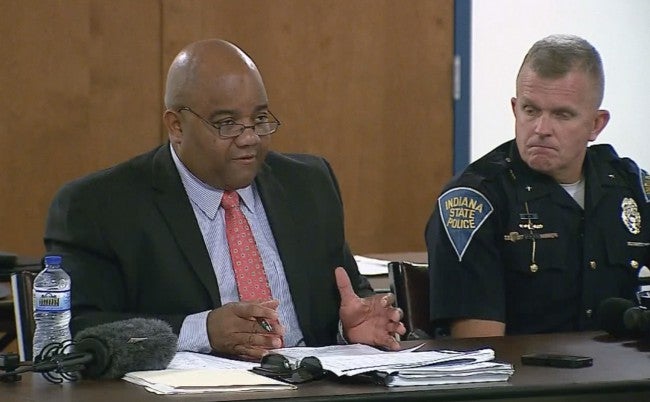 INDIANAPOLIS (WISH) – After a deadly weekend and an already violent start to the week, Indianapolis’ police chief planned to address the city Tuesday afternoon.

Hite planned to have a conversation about how the city can confront the issue of violence facing the community and the city’s police officers.

Indianapolis’ most recent violent streak began last Thursday night and continued into Tuesday morning. More than a dozen people were shot, a number were killed, and some of the victims were juveniles.

“Violence anywhere is a threat everywhere. We have to have conversations before it happens,” said Chief Rick Hite.

During the conversations, Hite listened to questions from various city and religious leaders about possible solutions.

There was mixed reaction after the meeting wrapped up.

On Monday, Harrison pushed for the city to adopt a stop-and-frisk policy. The controversial tactic allowed police officers stop and question residents and search for guns.

“If someone has a better solution to stop and frisk, I’m open to hearing it,”said Harrison.

Hite showed no interest in stop-and-frisk. He did tell those in the audience he wants to continue the roundtable discussions as the city works to make the city safer.