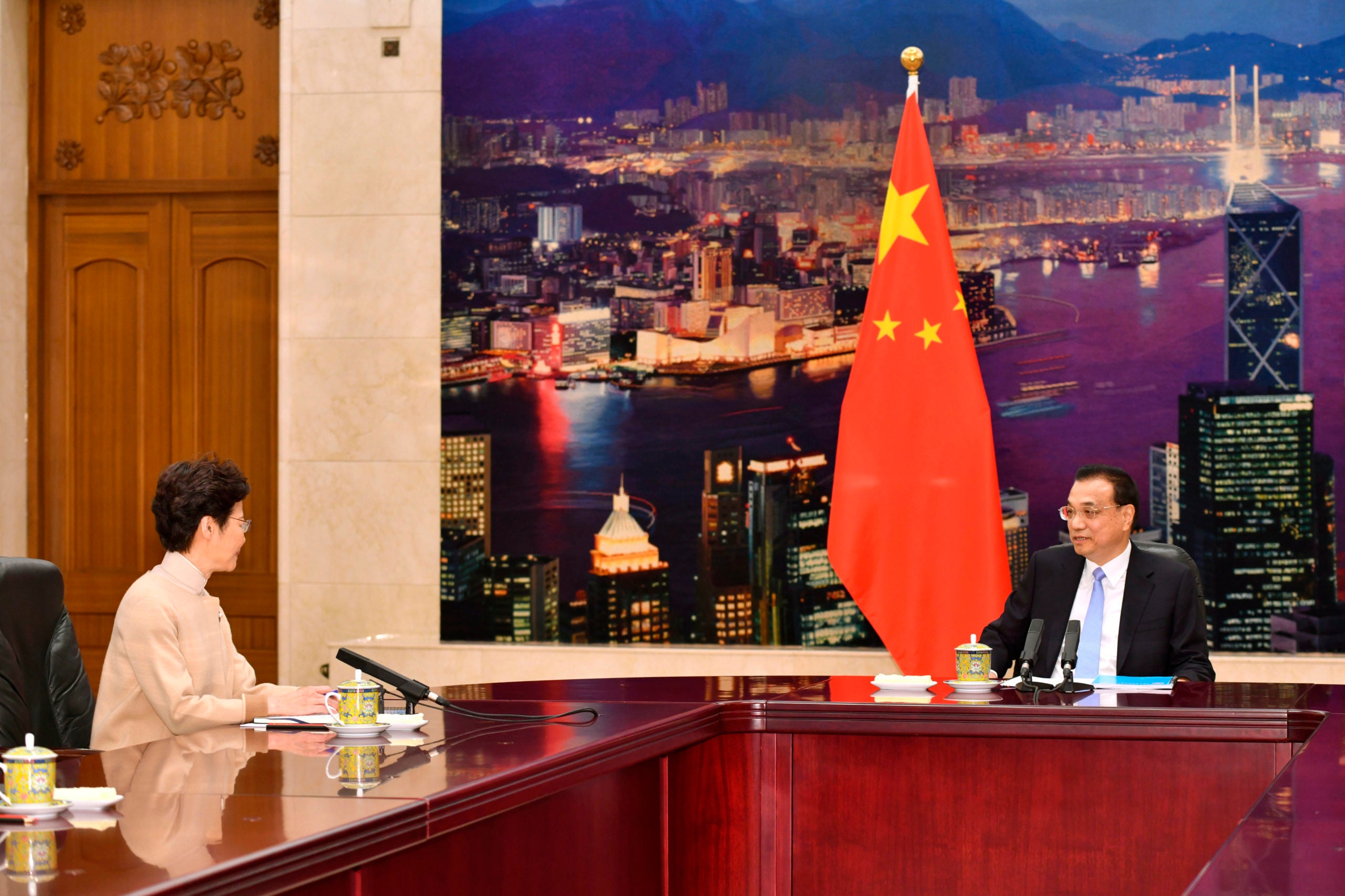 Carrie Lam is in Beijing for talks with Li and Chinese President Xi Jinping. It’s her first visit to Beijing since pro-democracy candidates swept local Hong Kong elections last month in a rebuke of how Lam has handled months of fiery anti-government protests.

“In the past year, our politics, economy and society have really faced big problems,” Lam said at her meeting with Li, who reiterated the central government’s support for her administration.

The mass demonstrations began in June in response to proposed legislation that would have allowed Hong Kong residents to be tried for crimes in mainland China. While Lam has since withdrawn the bill, protesters have continued calling for broader democratic reforms and an independent inquiry into accusations of police brutality.

A former British colony, Hong Kong was returned to China in 1997 under a framework that promised the city more democratic freedoms than are allowed on the mainland.

Some protesters have increasingly resorted to violence. A lull in clashes ended Sunday evening when protesters threw bricks at police officers, who in turn fired tear gas. According to the authorities, the rioters also set fires, blocked roads and smashed traffic lights with hammers.

That violence and scattered confrontations in shopping malls earlier Sunday, where police also squirted pepper spray and made several arrests, ended what had been a break of a couple of weeks in conflicts between police and protesters.

Police said they arrested 31 people Sunday and 99 over the past week, raising the total arrested since June to beyond 6,100. They also said that that officers fired 27 tear-gas rounds in responding to the day’s violence.

Protesters in Hong Kong said they don’t expect Beijing leaders to ditch Lam in the foreseeable future, because that would be an embarrassment for them and hand too large of a victory to the protest movement.

“If they did change, let her step down, then that means that it’s a loss in the battle,” protester Fong Lee, a social worker, said at a rally in Hong Kong on Sunday. “The Communist Party wouldn’t do that.”