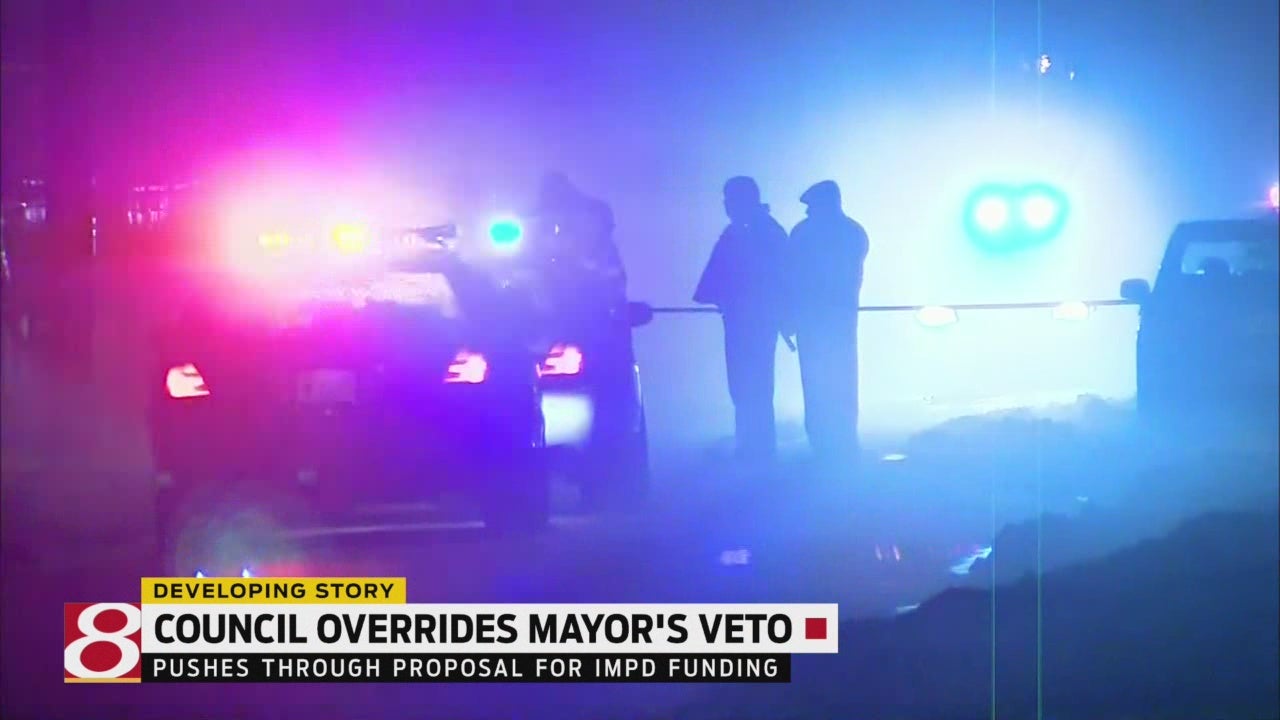 INDIANAPOLIS (WISH) — The Indianapolis City-County Council has voted to override Mayor Greg Ballard’s veto of Proposition 47, which would provide $4.7 million in upgrades and equipment for the Indianapolis Metropolitan Police Department.

The City-County Council voted 28-1 to override the veto.

“When we work together, we can meet the needs of our city in a way that showcases our commitment to the issues that matter most. Tonight was the Council at its best, and I look forward to continuing my service to our great city,” said council member Pam Hickman.

Tonight the Indianapolis City County Council voted to overturn the Mayor’s veto of Proposal 47 28-1. This is an important vote for our city and affirms the Council’s strong support for public safety. We look forward to seeing the $4.7 million dollars appropriated with the veto override to be used quickly for equipping and training our IMPD officers.

Ballard chose to veto the bill on April 10, drawing the ire of councillors and the Fraternal Order of Police.

“Quite simply we believe the mayor’s veto is irresponsible,” FOP President Rick Snyder said at the time.

Ballard said earlier in April that the money should be used to pay back a debt when the city-council passed a measure to hire around 80 new officers last year.

“It’s out of budget, no one’s asked for it,” said Mayor Ballard. “It never came up with public safety leadership or IMPD leadership.”