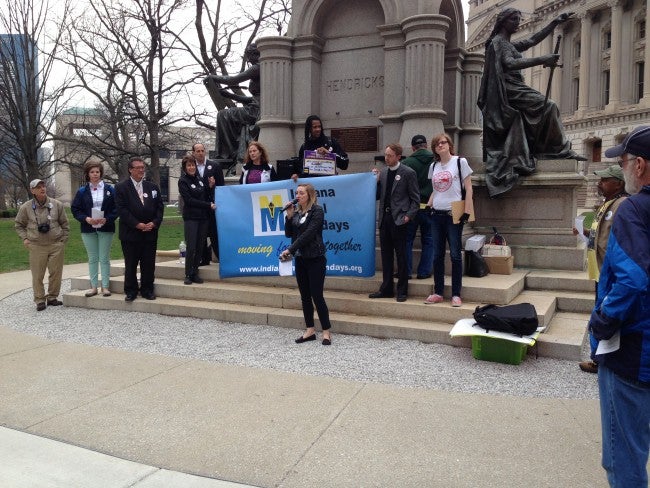 Religious leaders, members of the LGBT community, women’s right advocates and others spoke about equal justice for all.

With the NCAA Final Four being Indianapolis leaders hoped to make a strong statement that Indiana will fight against the Religious Freedom Restoration Act.

A spokesperson said although the amendment helps protect some, it doesn’t touch other issues in RFRA like, what they call, the threat to women’s rights.

Indiana Moral Mondays says they promote a society where each person is valued and seek to embrace the moral values found in the secular and spiritual communities.