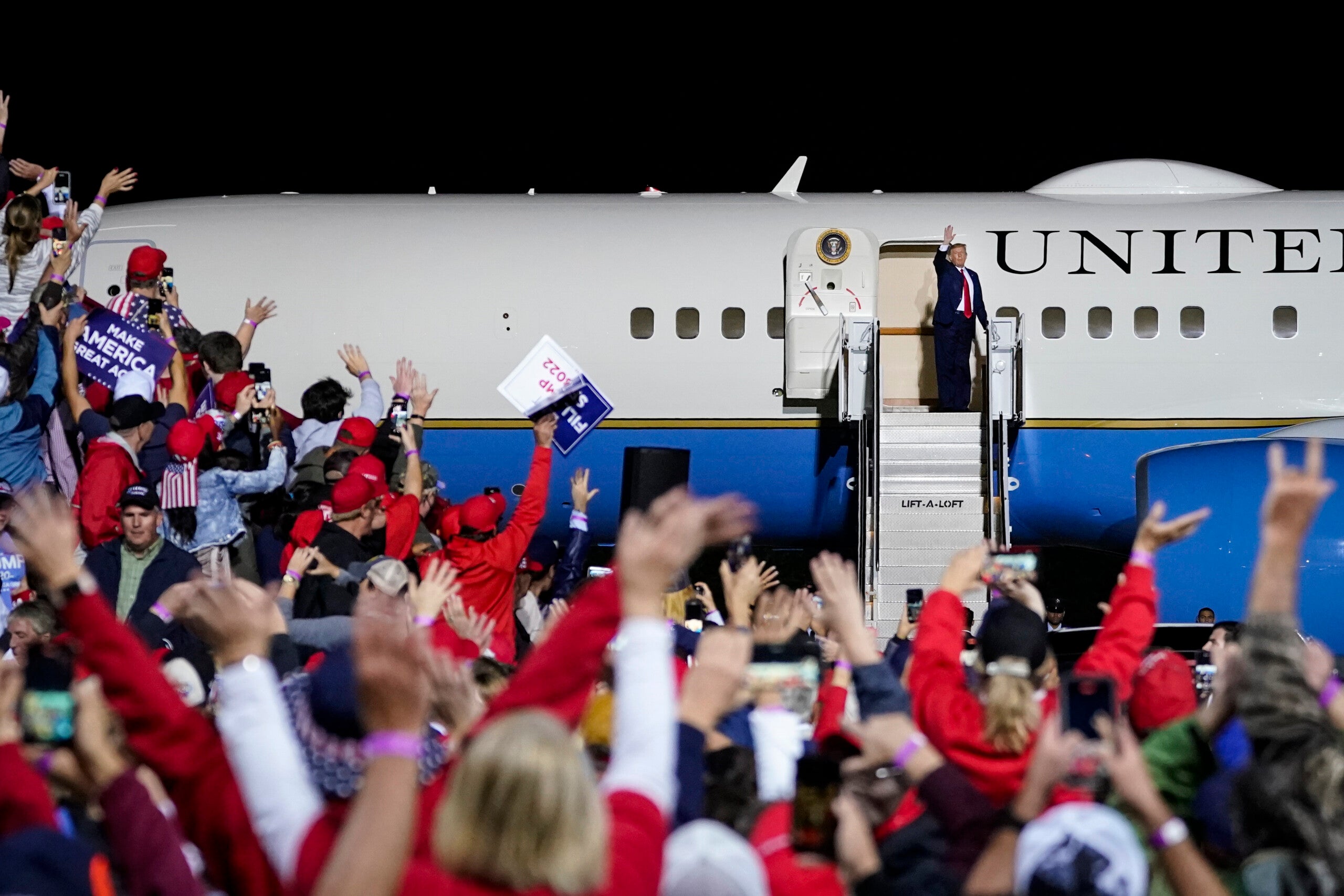 (CNN) — President Donald Trump’s positive coronavirus diagnosis has raised questions about the health of those around him, including members of his Cabinet and his vice president.

Here is the testing status of some of the president’s family members, senior government officials and advisers:

Treasury Secretary Steven Mnuchin, who has had in-person meetings with House Speaker Nancy Pelosi, tested negative on Friday morning, according to a tweet from his spokesperson Monica Crowley. He will continue to be tested daily.

According to the Department of Homeland Security Deputy Assistant Secretary Chase Jennings, “Acting Secretary Wolf has tested negative three times in the past seven days for COVID-19. He has not been in close contact with President Trump or the First Lady recently.” Additionally, he “consulted with the White House physician this week after a DHS employee tested positive for COVID-19 and has been cleared for duty.”

Azar told reporters Friday morning he was tested “out of an abundance of caution.”

“Secretary Chao has been tested regularly and has tested negative,” a Department of Transportation spokesperson told CNN.

The Office of the Director of National Intelligence declined to comment on Ratcliffe’s recent interactions with the president, or on any recent briefings.

Pompeo told the press pool traveling with him in Dubrovnik, Croatia, that both he and his wife tested negative on Friday morning. He said that he has not been with President Trump since the signing of the Abraham Accords at the White House on September 15, adding he’s been traveling for the majority of the past 17 days.

McDaniel, the chairwoman of the Republican National Committee, has tested positive for coronavirus, an RNC spokesman announced Friday.

“After a member of her family tested positive for COVID-19, the Chairwoman was tested for the virus. On Wednesday afternoon, she got confirmation she was COVID-19 positive. She has been at her home in Michigan since last Saturday,” RNC spokesman Mike Reed said in a statement.

Barrett, the president’s nominee for the Supreme Court, tested negative for coronavirus on Friday, according to White House spokesman Judd Deere. Barrett, who is tested daily, was last with the president on Saturday, Deere said.

Barrett was diagnosed with coronavirus late this summer but has recovered, according to three sources familiar with the matter.

According to EPA spokesman James Hewitt, the administrator has had “no recent in-person contact with President Trump, has no symptoms.”

Wilkie tested negative on Wednesday. He is often tested because of his visits to VA hospitals, and he last met with Trump on Aug. 27, according to VA spokesperson James Hutton.

Kudlow told Fox Business News that he is tested every day and tested negative Friday morning.

Secretary of Defense Mark Esper and Gen. Mark Milley, Chairman of the Joint Chiefs of Staff

A Commerce spokesman says that Ross was tested Friday morning and is negative.

Carson tested negative for the virus Thursday while he traveled with the vice president, according to his chief of staff, Andrew Hughes.

Head of the U.S. Centers for Disease Control and Prevention Dr. Robert Redfield

In a statement, the CDC said that “Dr. Redfield did not have direct, close contact with the President or first lady in the timeframe that would have resulted in an exposure.” His most-recent COVID-19 test was Tuesday, and the result was negative.

Republican Sens. Lee of Utah and Tillis of North Carolina separately announced Friday that they’d tested positive. Both are members of the Senate Judiciary Committee, potentially jeopardizing the GOP’s hopes of swiftly confirming Barrett if they were both to remain unable to vote in the full Senate through the end of the month.

Jordan, one of Trump’s closest allies on the Hill, tested negative for COVID-19 on Friday. The Ohio Republican flew on Air Force One this week.

According to his spokesperson Russell Dye, Jordan “has been advised by his physician that since he was not in close contact with any COVID-19 positive people during a risk time period, he does not have to quarantine.”

The Wisconsin Republican tested positive for coronavirus after being exposed to someone with the virus earlier in the week, his spokesman said Saturday. The announcement made Johnson the third GOP senator to test positive in 24 hours.

The Florida Republican said on Twitter he was tested for COVID-19 on Friday morning and his test results came back negative. He held an in-person meeting with Amy Coney Barrett at his Capitol Hill office Tuesday.

In a tweet Saturday, Lankford, a Republican from Oklahoma, said he tested negative for COVID-19 but would continue to quarantine. Lankford said he had met with Sen. Lee, who tested positive, several times this week.

The Democratic Whip from Illinois, who’s been on Capitol Hill this week, announced Saturday morning he tested negative for coronavirus on Friday.

Scott announced Saturday on Twitter that he had tested negative.

“I tested negative for COVID this afternoon,” the South Carolina Republican tweeted. “In the past week, I had little to no close interaction with colleagues who have tested positive thus far. I will continue praying for my colleagues, the President and every American fighting COVID.”

Conway said Friday night that she has tested positive, the latest major political figure to say they have COVID-19 after attending the Rose Garden event last Saturday where Trump announced his Supreme Court pick.

The former New Jersey governor, who helped Trump prepare for the first presidential debate earlier this week and attended the Supreme Court announcement last weekend, said Saturday he had tested positive. He was tested Friday after news that Trump contracted the virus.

Christianné Allen, a spokeswoman for Rudy Giuliani, said Friday afternoon that the former New York City mayor and Trump’s lawyer tested negative for COVID-19 after taking a test earlier in the day.

The first lady tested positive for coronavirus on Thursday. While the President was sent to Walter Reed Medical Center, Melania Trump remained at the White House and has experienced “mild symptoms” of the virus.

The president’s oldest son, Donald Trump Jr., announced Saturday on Twitter that he has tested negative.

“Thanks to all those who so lovingly have reached out about ⁦‪@realDonaldTrump⁩ and the rest of the family. It truly means a lot to us,” he wrote in a tweet. “I tested negative so I’ll give it a few more days out of and abundance of caution and test again and if I’m clear I’ll be back to work asap.”

Trump’s son Eric Trump and his wife, Lara, have tested negative, according to a statement from their spokesperson posted Friday by Lara Trump on her Twitter and Instagram accounts.

The 14-year-old son of Trump and first lady Melania Trump has tested negative for coronavirus, according to Stephanie Grisham, Melania Trump’s chief of staff.

“Barron has tested negative and all precautions are being taken to ensure he’s kept safe and healthy,” Grisham said Friday.