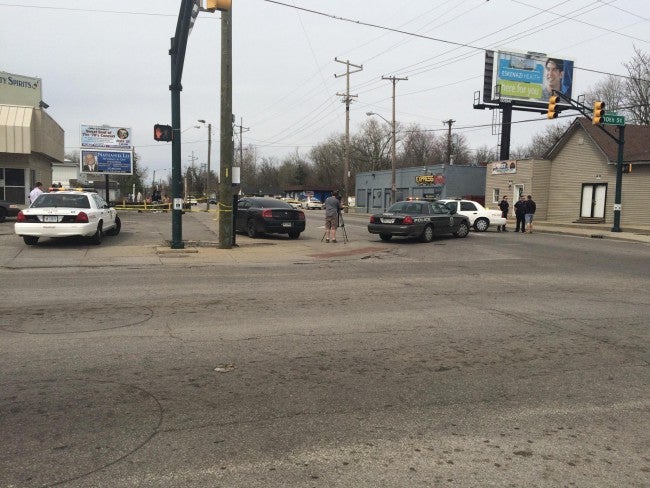 INDIANAPOLIS (WISH) – The Marion County coroner’s office on Monday identified a man shot and killed by Indianapolis Metropolitan Police Department over the weekend.

Police officials said shots were exchanged with a suspect and two IMPD officers. Both officers were grazed by a bullet.

The suspect was pronounced dead at the scene.

According to IMPD, the incident started as a traffic stop. The suspect got out of the car and fled on foot. An officer pursuing the suspect noticed they had a gun. The officer in pursuit of the suspect and a second officer, who was called in for backup, were involved in a scuffle when gunfire was exchanged.

Officers attempted to quell any tensions by talking to residents walking around the neighborhood.

The Ten Point Coalition is organizing a meeting after nearby residents were upset about the shooting and accusing officers of wrongdoing.

“There’s some good ones in there, but the new ones that came in need better training,” said the owner of Keith’s concrete.

The owner of Keith’s Concrete is trying to make the area safer by giving young adults jobs.

IMPD showed up in numbers on a call for help. Police later determined that a call about men with guns, turned into a call about a property crime dispute.

Officers settled the issue, while some lingered around and talked to residents still on the scene.