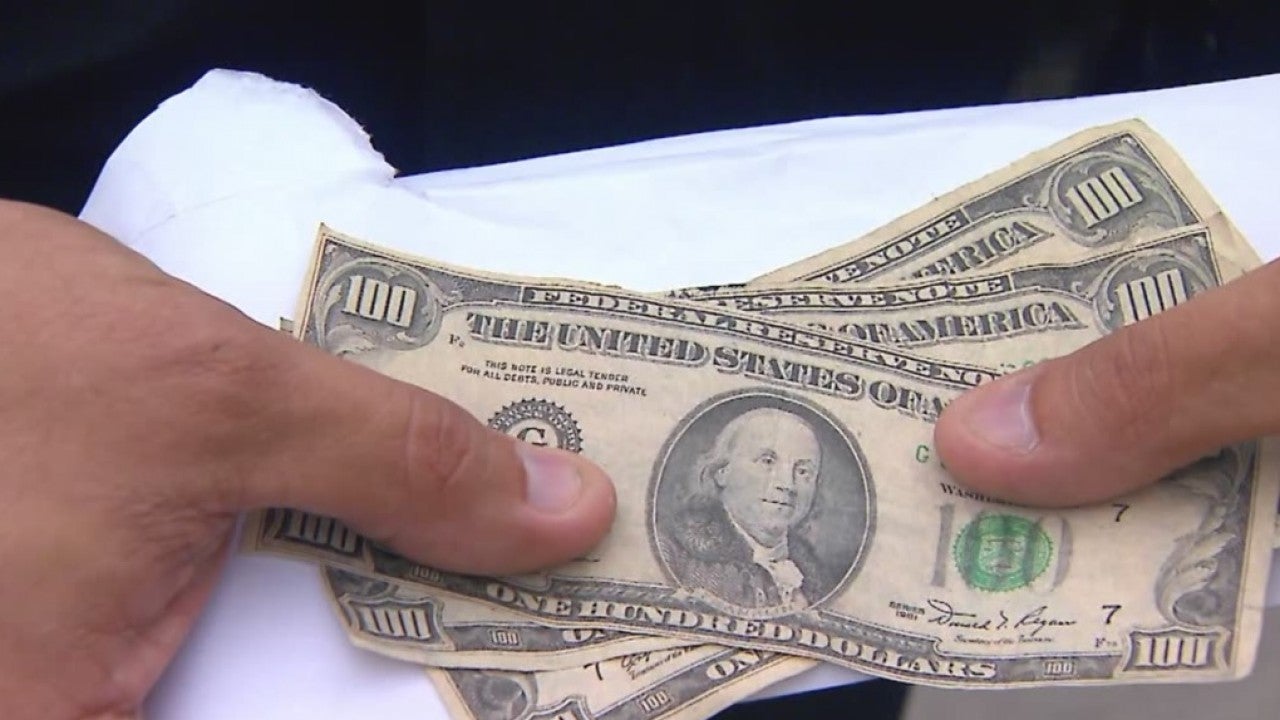 LEBANON, Ind. (WISH) — Surveillance video from inside the IGA grocery store in Lebanon shows a suspect walk to the counter, put down a few items and hand the clerk a fake $100 bill.

It’s not the first time this week Abigail Myers was handed funny money.

Myers, a store clerk at the IGA, said the suspect looked really nervous. Once she had the bill in her hands, she knew something wasn’t right and, per store policy, all $50 and $100 bills have to be checked.

Myers said this was the second time she has been handed counterfeit money in a week.

As the minutes ticked by, the suspect grew more impatient and tried to grab the bill from her hands, Myers said.

“The kid stayed here for awhile and then he left, we had his hundred-dollar bill,” Myers said.

The surveillance video shows the suspect leave the store empty-handed. Then he checks the alley for police and makes a spirited walk toward a van where three other people are waiting.

Another store employee attempted to keep the van from leaving the parking lot; however, the employee’s detailed description of the van made it possible for officers to locate it within minutes.

Lebanon Police Department officers conducted a search of the van and uncovered several envelopes of cash. Police showed News 8 the bills before putting them into evidence. They are patterned after older $100 bills and they all had the same serial number.

Police said they have had a few reports of counterfeit bills in the past week or so in Lebanon and Whitestown. Both communities have easy access on and off Interstate 65 and, police believe, the suspects are looking for towns and stores that are easy to get in and out of in a hurry.

“We made an unrelated arrest last week for counterfeiting,  Whitestown (Police Department) did as well. We dont know if they are all related,” said Lebanon police officer Ben Phelps.

As the investigation was continuing, the names of the suspects were not released Wednesday.