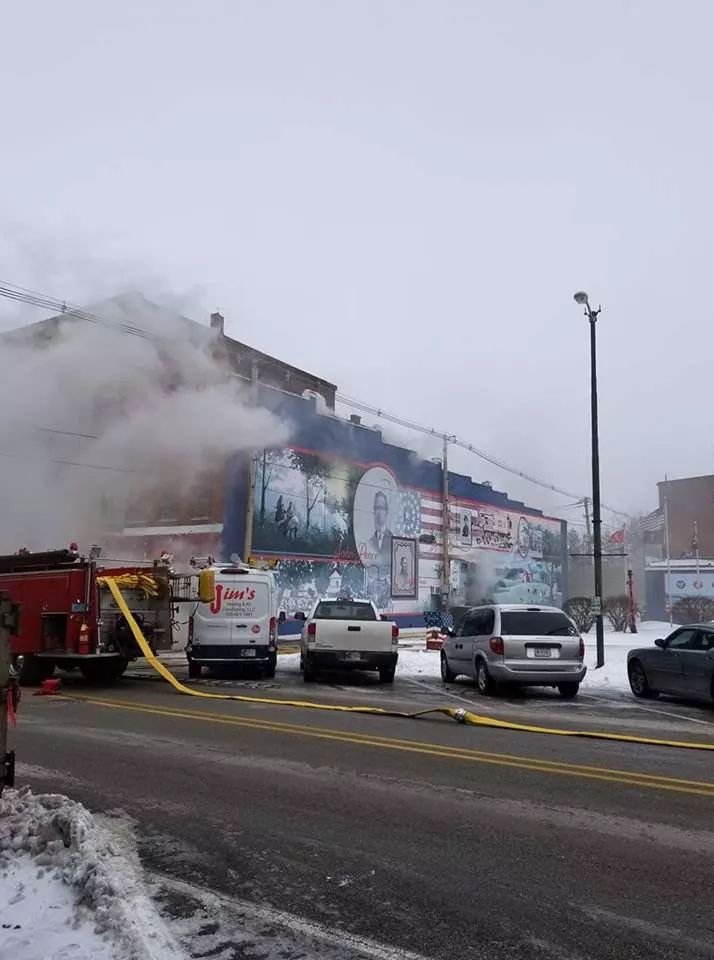 FRANKFORT, Ind. (WISH) – A firefighter was taken to a hospital as crews battled a fire Tuesday in downtown Frankfort, according to the Clinton County Dispatch.

The Frankfort fire chief said a veteran firefighter, Greg Miller, was taken to a hospital in Lafayette and later returned home. The injuries he received in the blaze were not disclosed.

Joe Root, the owner of the building, said it will be torn down immediately.

The Frankfort Fire Department was called when smoke was spotted coming from a garage door in the back of the building. Within minutes, the fire grew from one floor of the building into the one next door.

“The fire got up into the third floor, actually the second floor of the building that is on fire, and it kind of got a away from us”  Kirby said.

The occupied apartments, according to the fire department, were evacuated, and no one was harmed before the fire spread into the upper floors of the building.

By early Tuesday afternoon, Frankfort Mayor Chris McBarnes said the fire was still making headway through the old buildings. “This is a terrible day for the city of Frankfort. The main thing is things can be replaced; people cannot be replaced.”

The cause of fire is not yet known.