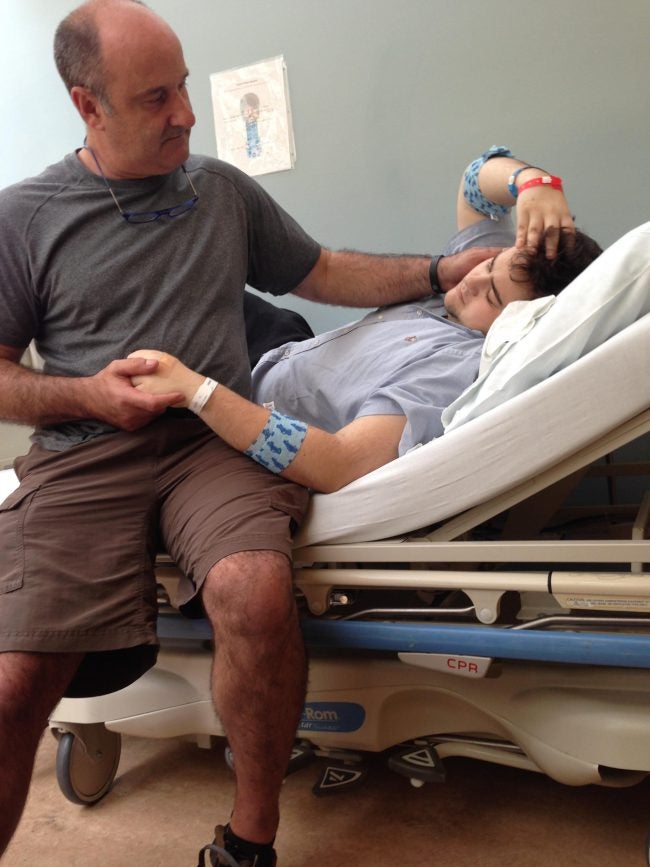 INDIANAPOLIS (WISH) – One Colts fan is suggesting Chuck Pagano’s legacy should not be measured by his record on the football field, instead by grilled cheese sandwiches.

Louis Profeta explained why in a LinkedIn article posted the day after the Indianapolis Colts released Pagano from coaching duties.

In the post, Profeta detailed a lighter moment experienced during a challenging time in his family’s life. His son, Max, was diagnosed with leukemia as a 21-year-old in 2014 while in college in New York City.

While Max Profeta received chemotherapy treatments, a friend of his family connected him with Pagano, who had survived his own cancer diagnosis two years prior.

Pagano called Profeta in a video chat to talk about the hospital experience.

“It was literally the first time I’d seen (Max) smile since he was diagnosed with cancer and he had lost all of his hair and was sick to his stomach and going through just a ton of pain,” Louis Profeta said.

Louis Profeta included a clip of that conversation in his LinkedIn article written on Monday.