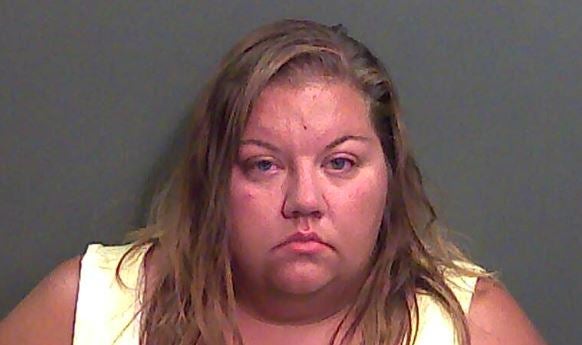 GAS CITY, Ind. (WISH) — A Grant County woman was arrested for trying to hire someone to kill her husband.

April Bosworth, 33, of Gas City began texting an acquaintance Thursday about hiring a hitman to “take care of her husband,” according to Grant County Sheriff’s Office Det. Sgt. Shelby Taylor.

The acquaintance contacted the sheriff’s office, Taylor said. Around 2 a.m. Friday, Bosworth met at a Gas City gas station with an undercover officer posing as a hitman. The officer agreed to carry out the murder for an undisclosed amount of money, Taylor said.

The meeting ended and Bosworth was pulled over for a license plate violation a few minutes later. She was taken in for questioning and charged with conspiracy to commit murder, a level 2 felony.

Taylor said Bosworth gave detectives specific reasons why she wanted to kill her husband, 37-year-old Joshua Bosworth, but the information is not being released.

Bosworth is currently in the Grant County jail with a $250,000 bond.

Taylor said no one else is believed to have been involved in the plot, but the investigation is ongoing.