DOJ: McGahn can’t be forced to testify about Mueller probe 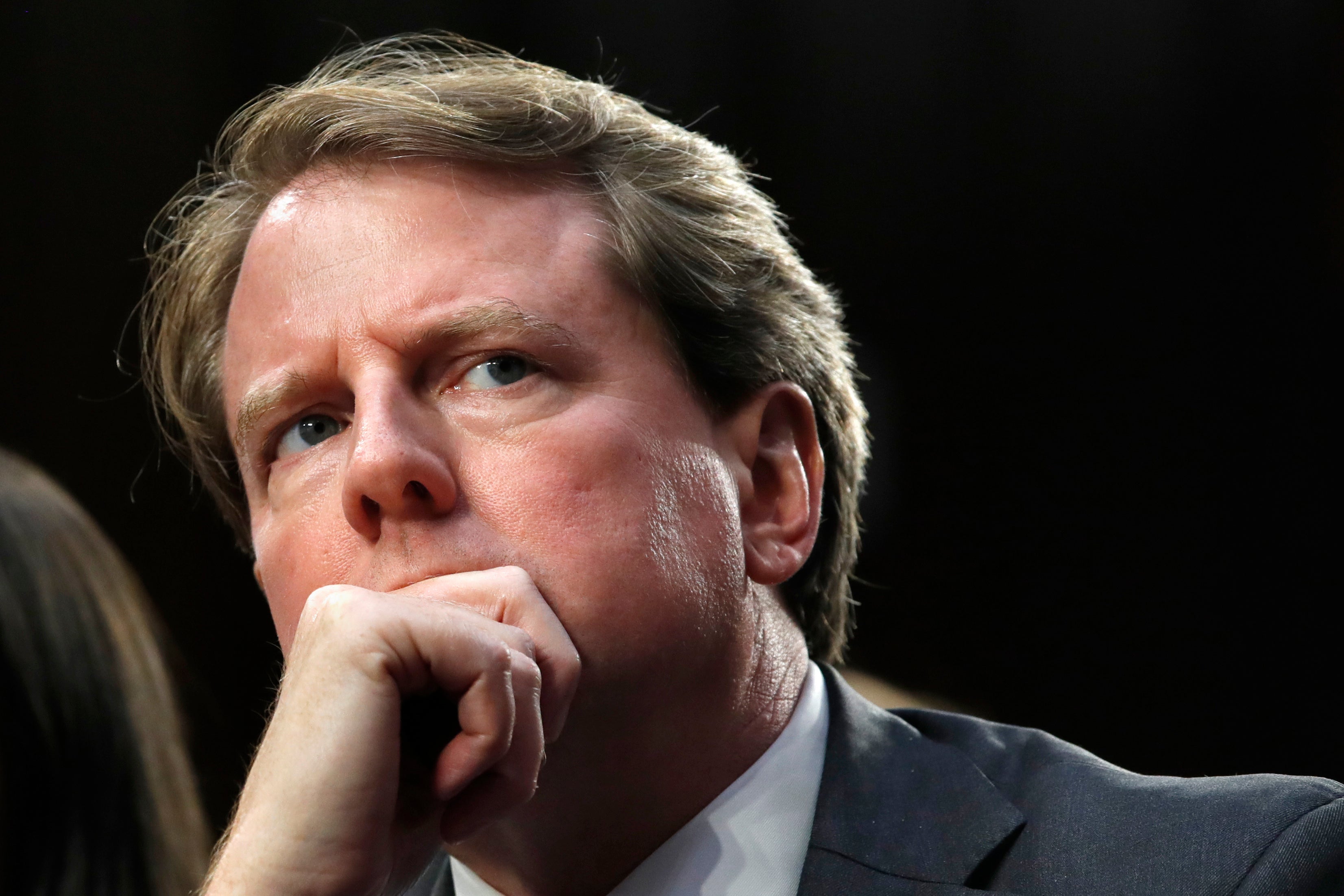 The department’s Office of Legal Counsel issued an opinion Monday finding that McGahn would have “immunity” as a former presidential adviser. It could clear the way for McGahn to defy a congressional subpoena ordering him to testify by Tuesday.

Lawmakers have been eager to hear from McGahn, who was a key figure in Mueller’s Russia investigation.

The Justice Department issued a similar opinion in 2014 that found that close presidential advisers have “absolute immunity” from congressional subpoenas.

The committee’s chairman, Democratic Rep. Jerrold Nadler, has threatened to hold McGahn in contempt of Congress if he doesn’t testify.